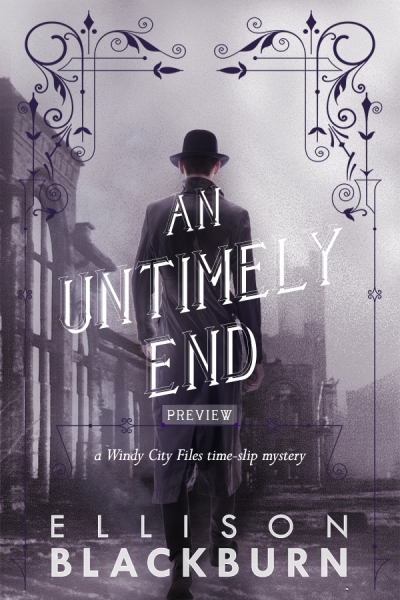 On October 8, 1871, a fire broke out in a barn on the South Side of Chicago. Over the course of the next three days, the booming industrial metropolis suffered tragedy after tragedy. Thousands of lives were lost, and the windy city itself was left in ruin. But another strange event occurred that first fateful day; the St. Clairs of the Clarion Division arrived from the future.

Now, a year since the catastrophe, River, the district’s coroner, and her brother Archer, the police inspector, are on the hunt for a murderer, a monster. After all, who else would burn a man alive? In Chicago, no less.

Claim your preview of “An Untimely End” today.