Looking for something hot and spicy to read during a lunch break at work? While you're stuck in a carpool line? During hockey practice? Before collecting your Peppermint Spiced Latte from the barista? Before bed? A collection of almost fifty bestselling MM romance authors have come together to give you scintillating FREE short stories to always have available on the go. Simply download the Prolific Works app and have access to these stories whenever you need a quick romance break. It's a great chance to try a new author with no risk, and you can even have the stories emailed to you to read on your Kindle. Please consider signing up for each author's mailing list as a way of thanking them, getting future free stories, and their new release announcements too!

Most of all, thank you for reading and loving the MM Romance genre as much as we do. Happy Valentine's Day! 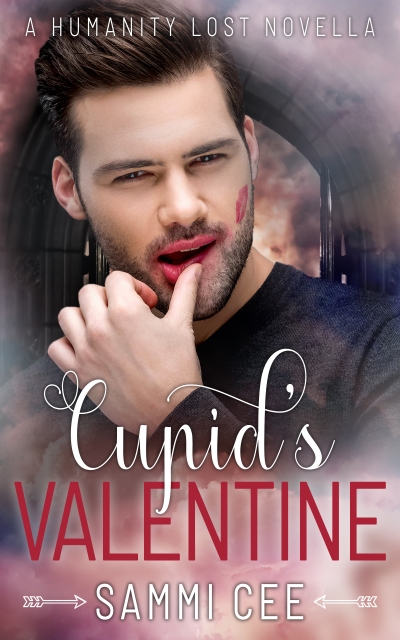 Blaine ~ Valentine’s Day is my least favorite day of the year. Cupid this, Cupid that; hearts and roses—yuck! I’m A Cupid. I’m not A single being. My job is thankless since humans don’t understand they can have soul mates, and I spend the WHOLE FREAKING YEAR matching them up with THEIR ONE. Meanwhile, do I get one? Nope, so I just get my freak on.

Chester ~ I knew from an early age my love life was going to be nonexistent. My name is stupid, my family is uptight, and I like to eat—and it shows. Watching my friends get partners is depressing me, and my only single friend makes fun of me for having no game. Maybe it’s time to quit trying.

When an opportunistic Cupid meets the mate he’s secretly longed for, can he convince him they’re meant to be?
Pretend You're Mine
Sloane Kennedy

Pretend You're Mine Sloane Kennedy 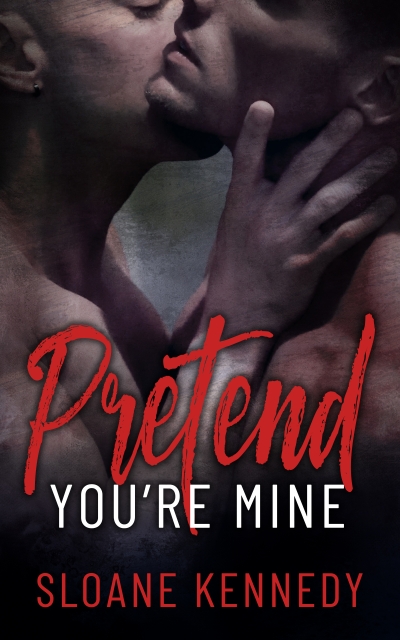 What happens when Landscape Architect, Devon, meets his sexy new neighbor, ballet dancer, Sebastian? Can one night of pretend romance on Valentine's Day really lead to a lifetime of love?
The Intern
Louisa Keller 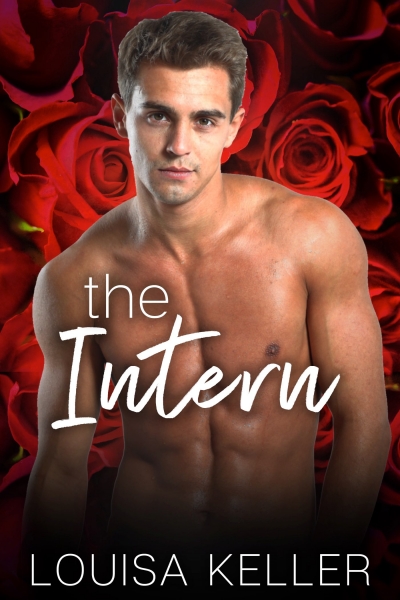 Being dumped right before Valentine's Day sucks. Justin just wants to spend the holiday working to keep his mind off of his pathetic love life...and then he runs into his smoking hot boss, armed with roses and chocolate. This 4,000-word short story features a mouthy bottom, an endlessly romantic top, scorching hot office sex, and a very happy ending!
Love, Your Secret Admirer
Brittany Cournoyer 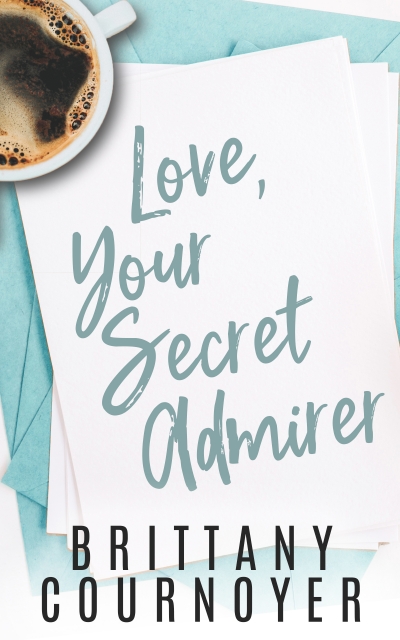 Busy. That was the only word Sterling could use to describe his life. Between school and working full-time at a coffee shop, he didn’t have time for anything else; let alone a relationship. Even if the sexy man in the suit, whose name he didn’t know, caught his attention every time he stepped into the coffee shop—which was nearly every day.

With Valentine’s Day around the corner, love was in the air, and notes were being left for a certain someone from a secret admirer. While Sterling’s coworker, Celeste, swore they were being left for him, Sterling wasn’t so certain. And even if they were, it wasn’t like he had time to date anyone. But with that being the case, Sterling couldn’t stop thinking about the sexy man in the suit. Could he ever gather enough courage to get his name?
Candy Hearts and Chaos
Aimee Nicole Walker 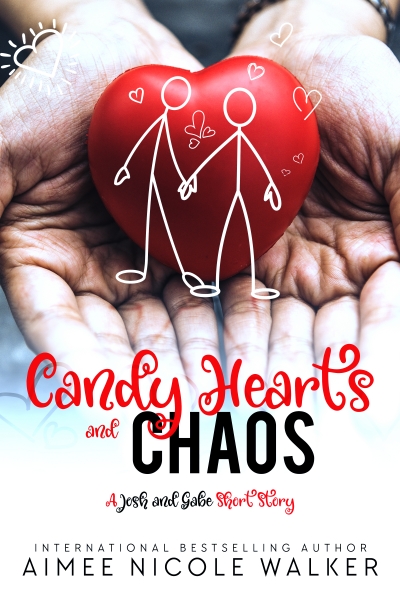 Josh and Gabe are celebrating Valentine’s Day in typical Roman-Wyatt style: with snark and passion.

Candy Hearts and Chaos is a continuation of the best-selling Curl Up and Dye Mysteries series. It is not intended to be read as a standalone book. This book contains sexually explicit material and is intended for adults only.
Bedroom Rules
Jacki James 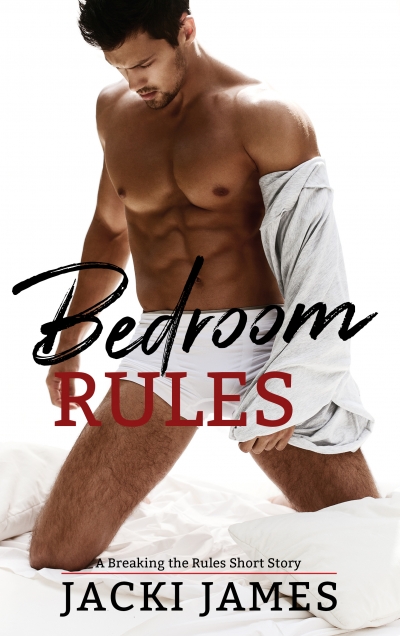 Lincoln and Matt are finally in a relationship and they are making a life together. But as happy as they are, Lincoln has still been holding back a part of himself. This Valentines Day he has decided it is time to let go and give them both what they want. This is a 5000-word short story that takes place after the events in Cowboy Rules, but it can be enjoyed on its own.
The Note
May Archer
The Trouble With Love
Macy Blake

The Trouble With Love Macy Blake 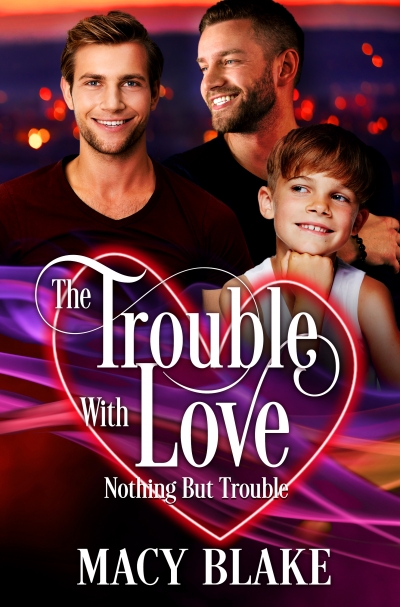 Vaughn Jerrick's life has changed completely. He's the adoptive alpha and father to six shifter cubs, and he's the mate to a human he loves more than life itself. There's only one problem. He's been so focused on the kids, he's forgotten to truly romance Sam. With Valentine's day approaching, Vaughn decides to give his mate a romantic evening. If only it were that simple. Chaos comes in all shapes and sizes, but Vaughn quickly realizes that the trouble with love is that it isn't any trouble at all.
EXCLUSIVE
Lumber Jacked
Annabeth Albert
Love Potion 69
Pandora Pine 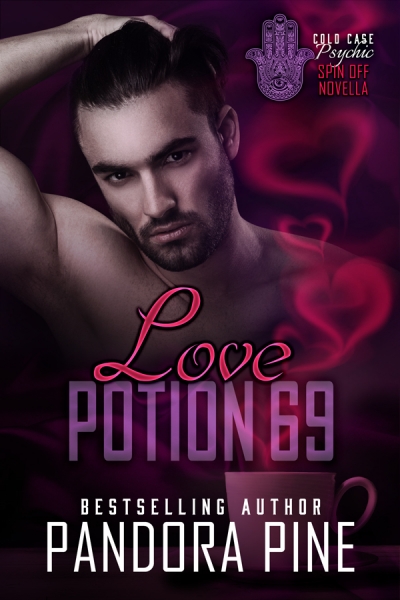 Wizard, Dempsey McMillan, is scrambling to fill all of his clients’ orders for love potions in time for Valentine’s Day. Warlock, Onyx Kerr, is only too happy to help Dempsey out of a jam. Sparks fly when Onyx accidentally drinks a concoction meant for one of Dempsey’s clients. When neither man can keep his hands off the other, they can’t figure out if it’s the love potion or their own growing attraction for each other at play. Can Dempsey and Onyx fight the power of the love potion or will they give in to the magick drawing them together?
Check Yes or No
BL Maxwell
Cole: A Men of Nowhere Short
Cate Ashwood 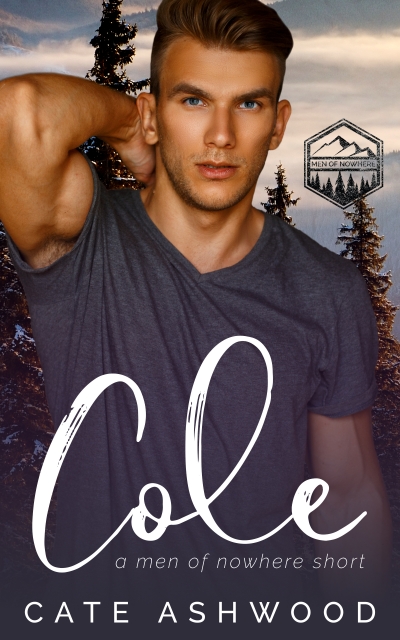 Cole:
If I had my way, Valentine’s Day would be erased from the calendar. A holiday to remind me how alone I am isn’t my idea of a good time, and this year, I’m expecting it to be as awful as always. What I didn’t expect is to find Brant Holloway, my high school crush, passed out on my sofa and his mysterious return to town has me curious and confused all at once.

Brant:
I swore I’d never move back to my hometown, but after losing my business, that’s exactly where I’ve ended up. Things are looking depressingly bleak until an alcohol-induced lapse in judgment lands me smack-dab in the middle of Cole Schmidt’s living room.
And just like that, Nowhere, Wyoming is looking a whole hell of a lot more interesting.
Cover Me: A Badlands short story
Morgan Brice 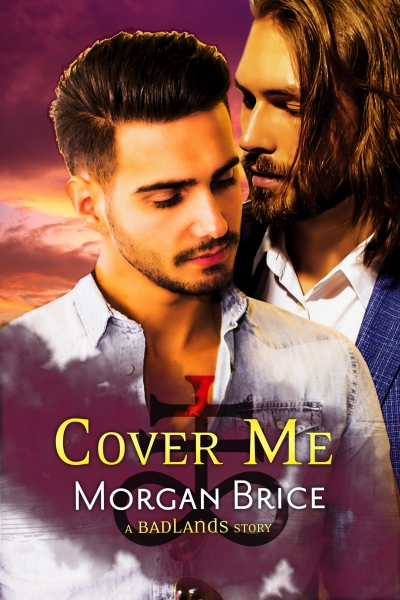 Psychic medium Simon Kincaide and his boyfriend, Homicide Lieutenant Vic D’Amato, have big plans for Valentine’s Day. But when restless ghosts come calling, Simon and Vic find themselves racing to solve a mobster’s disappearance and uncover the secrets behind a lost World War II military plane. Can justice be served and mysteries solved without sending their romantic plans up in smoke?

Cover Me is part of the Badlands series but can be read as a stand-alone. 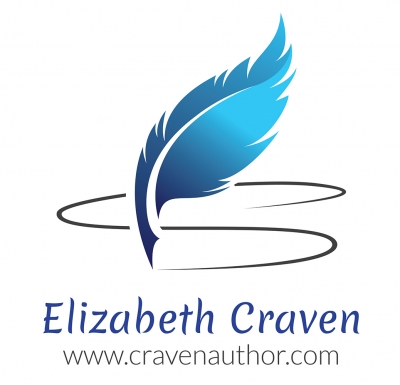 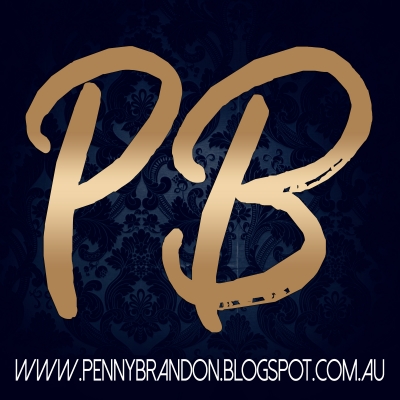 Penny Brandon
I really liked this. Definitely worth reading!
Until Forever
Abigail Kade
EXCLUSIVE
King of Romance
Drake and Elliott
This May Sound Crazy
Piper Scott

This May Sound Crazy Piper Scott 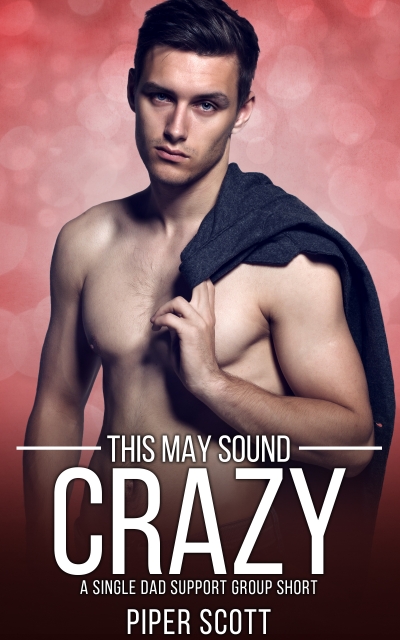 An impressionable young man with a secret. A bodyguard who yearns for something more. A letter that will change both their lives...

When Kyle sends celebrity bodyguard, Prince, a fan letter, he doesn't expect anything to come from it. With thousands of miles between them, Kyle isn't looking to get involved—and for a while, that's how things stay.

But when Prince receives troubling news from Kyle five years into their long distance relationship, he can't deny his feelings for the much younger man any longer. He needs to get to Kyle now and tell him how he feels...

If it isn't already too late.

This May Sound Crazy is a 15,000 word novella set in the Single Dad Support Group universe, but don't wait! No knowledge of the series is necessary for full enjoyment.
Key to My Heart
Helen Juliet

Key to My Heart Helen Juliet 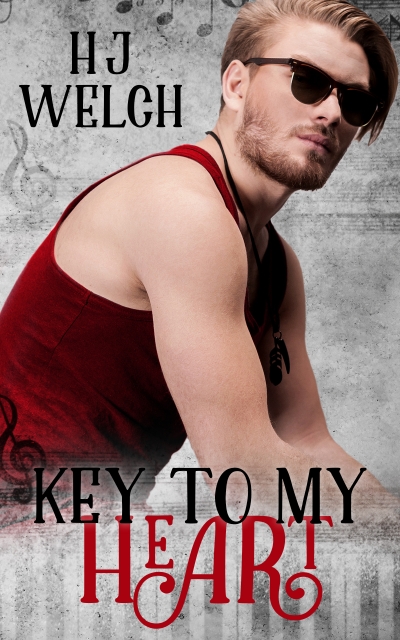 When an upright piano appears inside Times Square station, Warren doesn't think anything of it. That is, until he spies the gorgeous man playing it regularly, charming commuters and stealing Warren's heart.

When their paths cross on Valentine's Day, can shy Warren take a leap of faith and spend the evening with the mysterious Joel? 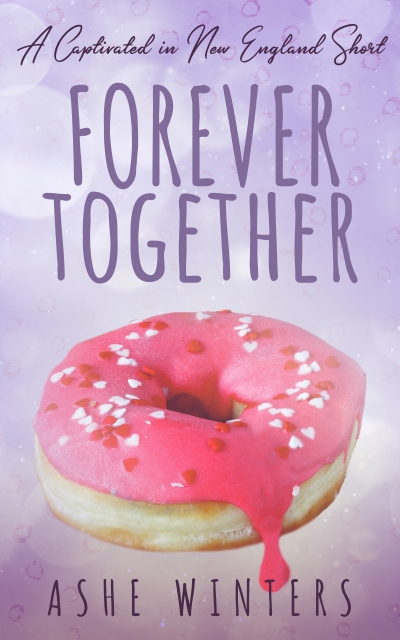 Cameron has it all planned out. Dinner, dessert, and a little sexy time. That's how their first Valentine's Day as a couple is supposed to go.

But Nick has to throw a wrench in it when one of his instructors announces a surprise exam. He knows his boyfriend is disappointed, so he hatches a plan to make it up to him. Perhaps a special donut covered in pink icing and sprinkles will start things off right...
Meet Me at the Altar
Zoe Piper
Metal Heart
Michelle Frost 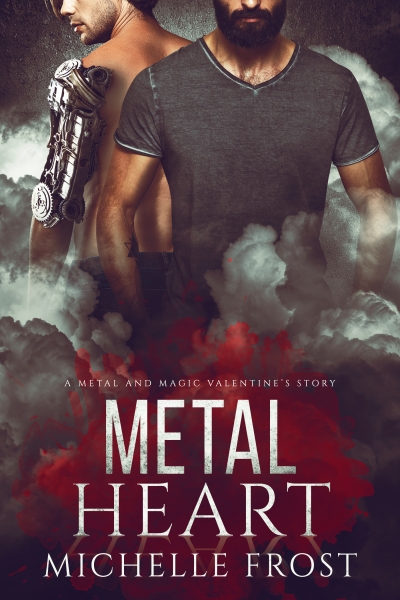 When stray human Matthew wanders into Black Dog shifter pack territory, he’s injured and vulnerable. The last thing he expects is for the huge man who calls himself Alpha to be the home Matthew has always been looking for.

Bram can’t believe his nose when the man his enforcers drop at his feet labeled a trespasser, turns out to be something entirely different. With an ultimatum hanging over their heads, will Matthew open his heart and take his destined place at Bram's side?
EXCLUSIVE
Dear Cupid
K.M. Neuhold
How Not to Tuck
Susan Hawke
EXCLUSIVE
Pleasing My Valentine (A Love and Care Short...
Silvia Violet
Finding Our Home: A Reclaiming Hope Story
Michele Notaro 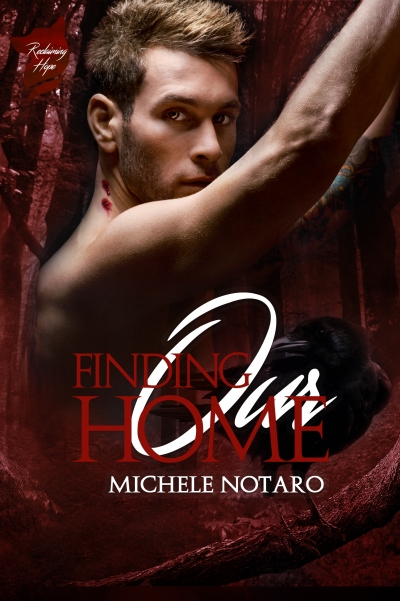 Neo~ The first time I saw him, he took my breath away. He’d looked across the courtyard and made eye contact with me, and I hadn’t been able to look away. The only way I knew how to find him again was by becoming a bestower—a human that allowed vampires to feed from them.

Dorian~ His blood was more alluring than any other I’d encountered before, which was saying something. I’d seen, and tasted, my fair share of bestowers. But I’d never smelled one that made me want to forget the rules, forget the consequences. I wanted his blood—and his body.

What will happen when human and vampire come together? Will one night of passion be it for the couple or is it possible that there’s more than only lust at play?
In the Cards
Charlie Cochet
A Tempting Passion
Hailey Turner
3 Dates
Lily Morton
Master Toby
M.A. Innes
Trolling for Love
JD Chambers 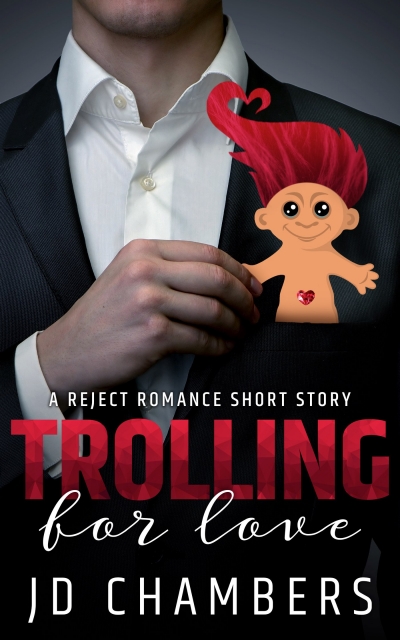 Norman Bright has secretly been in love with his best friend, Matthew, for years. When Matthew returns home, Norman struggles to temper the hope that his feelings might actually be returned. For who could ever learn to love ... a troll?
Dancing in Darkness
Alice Winters
Has the Honeymoon Ended? (Brawlers Valentine'...
J.M. Dabney
An Illicit Affair
Kate Hawthorne 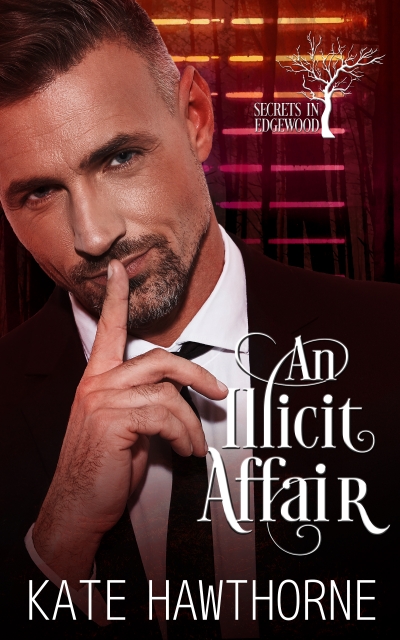 Danny Connery is stuck working on Valentine's Day, but when his dad's business partner, Jordan Chambers shows up, things start to get interesting. Danny never realized he was attracted to Jordan, but now he can't stop staring. When a late night crash course in finance turns into a different kind of learning experience, Danny finds himself pressed against the glass of an office high rise at the start of a very illicit affair.
Pretty Things
Ruthie Luhnow 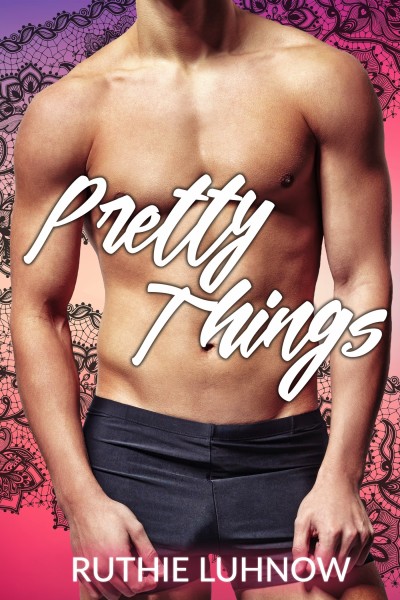