The Prolific Works team is proud to present the Royal Romance Group Giveaway! We have a great selection of fantasy romance titles. Claim as many as you'd like and enjoy your new reads!

The Elven Princess is gone, and it's up to Nagmali to bring her...
Giveway Expired
Pretend Princess
Carolyn Rae
Always game for an adventure, Plucky Patricia Parker is intrigued to be mistaken for a princess who’...
Read More 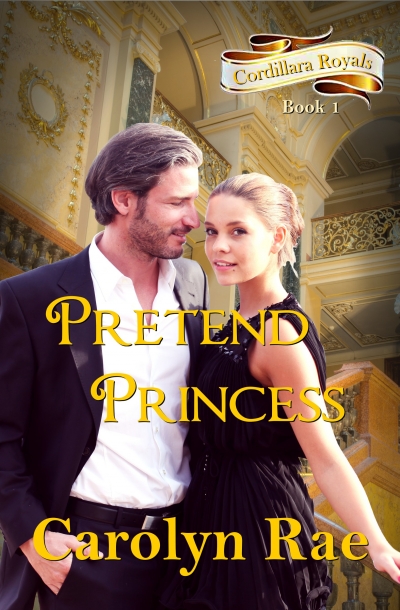 Always game for an adventure, Plucky Patricia Parker is intrigued to be mistaken for a princess who’s disappeared accepts the plea of dreamy Prince Lawrence to stand-in until they find her. Tricia must summon poise and acting ability to portray a missing princess to help the Cordillera royal family avoid scandal and deal with a determined royal stalker, but can she deny her heart's pull towards the charismatic crown prince to finish her doctorate?
Dealing with the unexpected dilemma, will Prince Lawrence avoid falling for the refreshing, spirited look-alike, who captures his attention on their shared quest through Morocco and the Isle of Capri? Will he fulfill his duty to marry the titled lady chosen by the king and queen of Cordillera or choose the rare gift of real love?
Magic Touch Preview
Luna Joya
"Wickedly delightful." Publishers Weekly

Delia Donovan has everything under control. But ignorin...
Read More 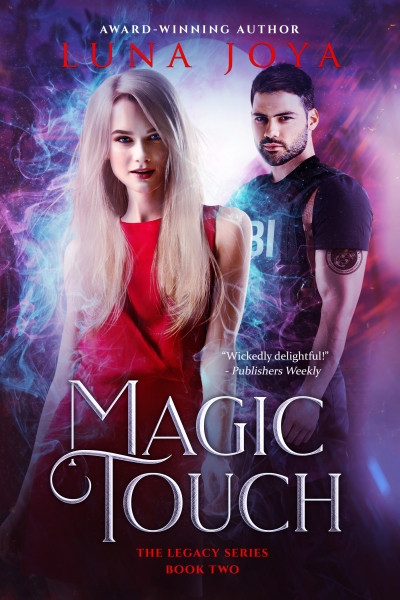 A witch with secrets, her reluctant protector, and a murder to solve. What could possibly go wrong?
The Beauty of Fragile Things
Emma Hartley
Margot DeWitt has it all—until an accident tears her life apart, leaving her brokenhearted.
Tattoe...
Read More 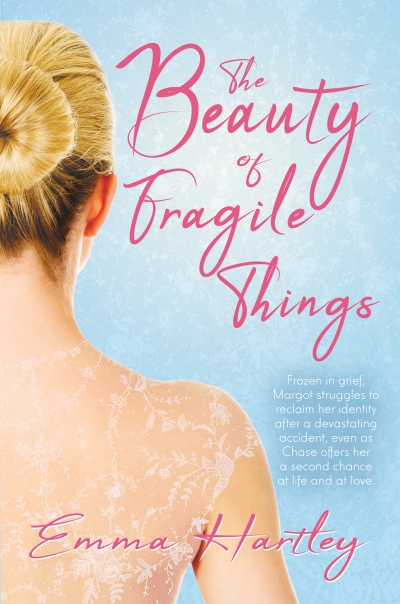 Margot DeWitt has it all—until an accident tears her life apart, leaving her brokenhearted.
Tattoer Chase Goodwin understands Margot, for he’s experienced a devastating loss of his own.
As they get to know each other, Margot begins reemerging as a strong, creative woman. But when Margot realizes the full extent of her loss, she shatters once more. Can Margot honor her lost loved ones by embracing her own survival or will she remain bound by her past?
Chloe After Dark
Elsa Joseph
Moving on from a painful break up with her boyfriend, beautiful Chloe Milano takes a job as a radio...
Read More 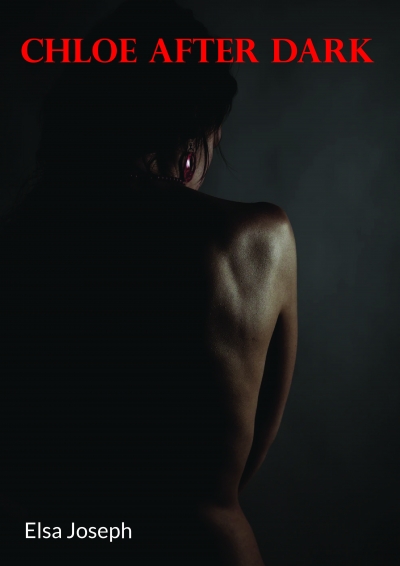 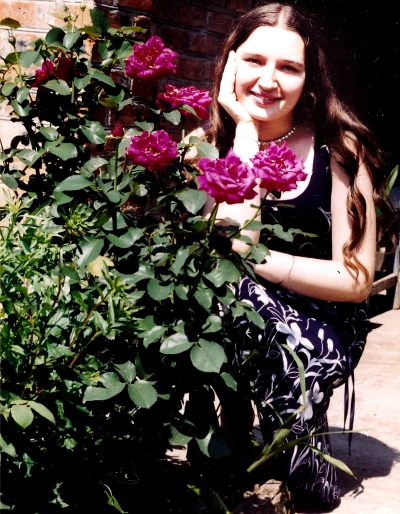 Olga GOA
Really amazing story about what love can do with us. I like how characters are so real and so vivid, you drown in their story. Natasha is so strong woman and I admire by her. She decided to save her lover despise the fact that they are parted the life gave her to be with another man and forget all her sorrow. But she chooses the love! 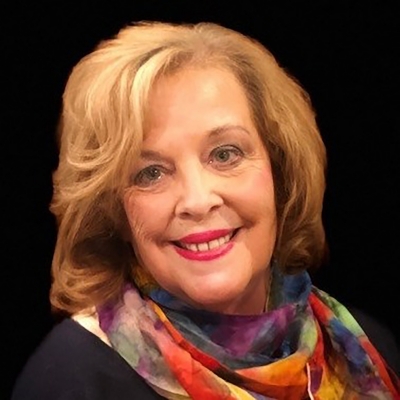 Judith Lucci
Elsa Joseph's novels keep the pages turning.! The plot lines are fantastic, the characters seem real and believable and the writing is rich with description. The Best Kept Secret is a novel with mystery, thriller and romantic elements. 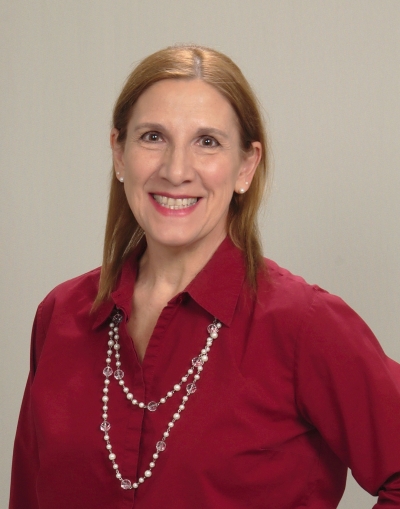 Deborah Kulish
Elsa Joseph does great work depicting the conflict Natasha is feeling over the two loves in her life. Her writing is original and well worth the read.

Rob Santana
Refreshing to read a novel written in Third Person. Natasha is someone you can root for. As for London, what a gorgeous landscape to set your story in. Been there, so the descriptions bring back fond memories. Good pacing, smart dialogue.
The Line of Succession
Harry F. Rey
Families are built on secrets, but when it's the royal family, the stakes-and the secrets-can be dea...
Read More 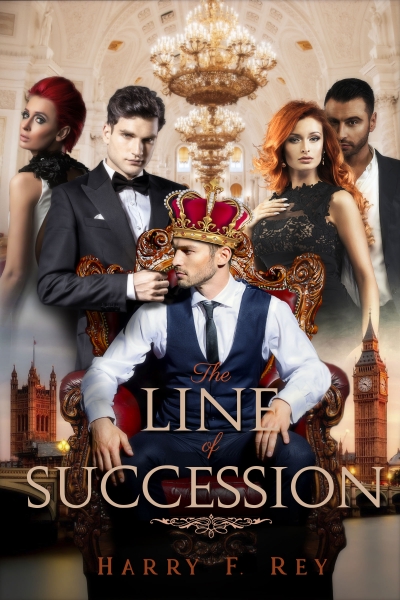 Families are built on secrets, but when it's the royal family, the stakes-and the secrets-can be deadly.

Fifteen years ago, Prince James's father, Prince Richard, was killed in a mysterious helicopter crash, along with his secret Irish lover. The young James became heir to the British throne over his twin sister, Princess Alexandra.

With Queen Victoria II turning ninety, James's personal life, now that he's thirty, has come more into the public spotlight as he's expected to marry and produce an heir. Known for his playboy lifestyle, he'd gladly accept that reputation to hide the truth that he's gay and in a secret long-term relationship with his best friend and press secretary, Andrew.
Shadow's Lyric
C.A. Worley
When Lyric is told by her father she will be crossing into the Otherland as payment for a favor he o...
Read More 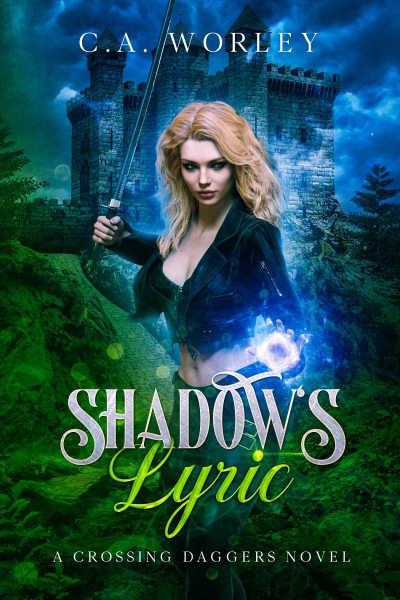 When Lyric is told by her father she will be crossing into the Otherland as payment for a favor he owes the Shadow Lord, she thinks her life is over. In truth, it is just beginning.

Draven has long awaited Lyric’s arrival. When enemies and lies threaten the fragile bond they’re forming, he refuses to allow anything to stand in the way, not even the razor-sharp blade of Lyric’s sword.

Rachel Sullivan
Gorgeous cover! Can't wait to read this one!

Kyle Michel Sullivan
Book one of a trilogy, setting up a world of intrigue, danger, plotting, violence and the potential for love. It was an interesting story (I haven't read books 2 and 3, yet), but it could have done with a bit of editing. There are some interior dialogues that go on and on, mainly in Nora but also in Kellan, and they tend to drag the story down. Still, I liked Kellan's and Nora's interactions and was willing to keep going.

Carolyn Rae
Sent into Otherland to reside under the rule of the Shadow Lord, twenty-one-year-old Lyric vows to use all her training to resist his domination, but what can she use to resist a man who is sex incarnate?