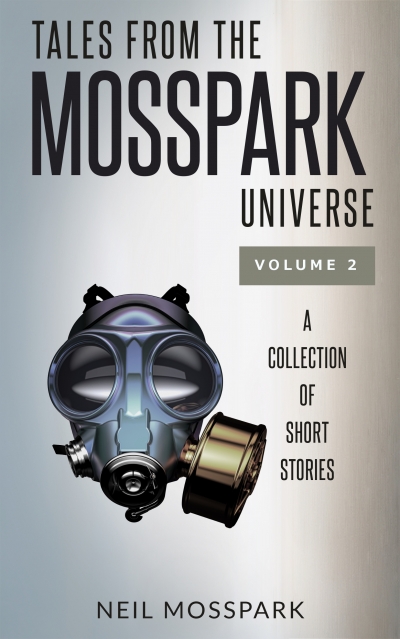 This second volume of "Tales from the Mosspark Universe" is a cyberpunk-themed collection, expanding on his successful science fiction novels. These stand-alone stories explore what happens when humanity and advanced technology collide, and how individuals adapt to survive in a changing world.

Learn about how the last words of a stranded alien lifeform as they reveal the cause of the black anomaly.

Watch as Olivia Thorne learns to survive on the abandoned streets of Toronto.

Follow one of the last good cops as they determine who is the real enemy in a failed state.

Watch as a hacker risks everything by testing the limits of technology with cerebral augmentation.

These exciting stories and more are brought to you in the "Tales from the Mosspark Universe: Volume 2".

The Ancestor
L.J. Suarez
A nuclear war? A deadly contagion? If the world as we know it came to an end, will there be a trace...
Read More 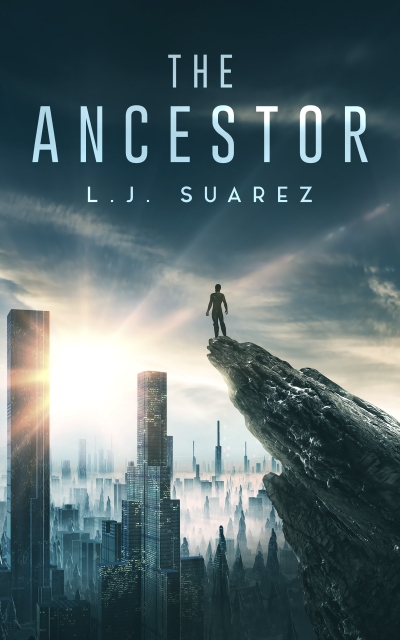 A nuclear war? A deadly contagion? If the world as we know it came to an end, will there be a trace of us left?

In this futuristic sci-fi thriller, L.J. Suarez takes you on an unforgettable journey beyond the catastrophic human extinction and across the eons to a new race who have evolved on Earth. The Monads, an off-shoot of Homo-sapiens, have made a scientific breakthrough – successfully cloning a human male named Six. The first human being to walk the Earth in centuries.

But why him? And is he doomed to live out his ‘new’ life alone? 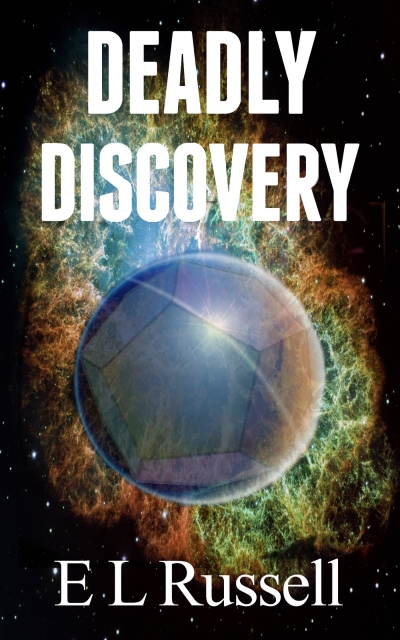 The second book in the Evolutis Rising series Deadly Discovery, is a technothriller adventure ride through the discovery of space and time travel for Elizabeth and her cohort, all members of a new species of human, Homo Evolutis.
Pursued by paramilitary forces wanting to weaponize their powers, and secret government elements bent on their elimination, she questions the cohort’s decision to seek safety by hiding in plain sight.
Elizabeth discovers a hidden sect of ancient people, who call themselves the Followers hiding on earth from a centuries-old inter-galactic conflict. and Concerned that those who pursue the Followers may discover them on earth, she leads Evolutis on a quest to discover the potential of their new powers and prepare them for the coming conflict. 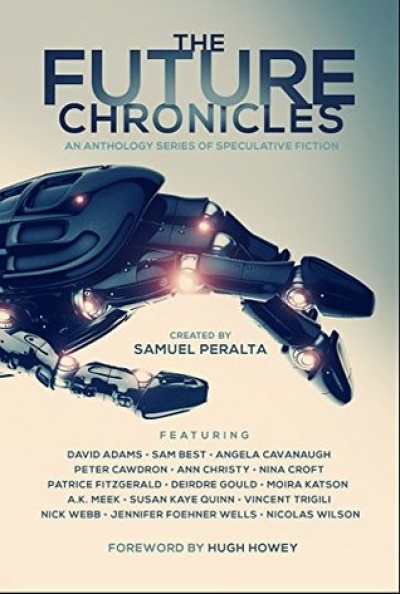 The Future Chronicles is the Special Edition of the acclaimed #1 SFF anthology series, including fifteen stories, selected and new, from some of today's best writers in speculative fiction.

The Future Chronicles - Special Edition includes fifteen stories, selected and new, from some of today's best writers in speculative fiction.

It includes ten selected stories from some of the Chronicles' popular titles - Robot, Telepath, Alien, and A.I. - to give new readers a taste of the series; and includes five completely new stories, first published in this Special Edition. 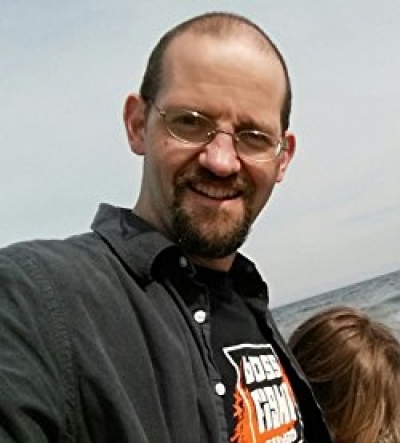 Justin Bell
I'm a big fan of Jay Allan's work and love his style. Lots of great action, he's a writer who is right in my wheelhouse. 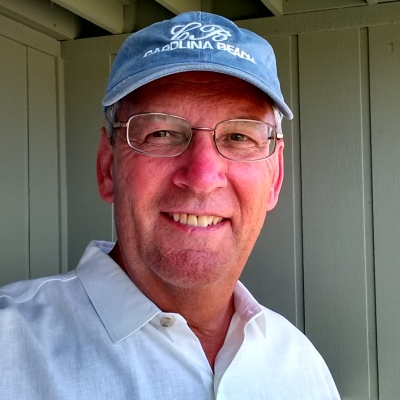 Don Viecelli
This is one of Jay Allan's best MSF Series you will ever read. I gave this Book 4 Stars on Goodreads and the story gets even better in Books 2 and 3. Check out my Review on Goodreads: https://www.goodreads.com/review/show/1549693826

R. Malak
Read this book awhile back and it's still as good as ever with plenty of action and adventure to be had.

Thorn Osgood
Lindsay Buroker's Fallen Empire Collection has caught my interest. I'm sure others will enjoy it too!
Obsidian Worlds
Jason Werbeloff
11 mind-bending sci-fi shorts.
1 must-read anthology.
Your brain will never be the...
Read More 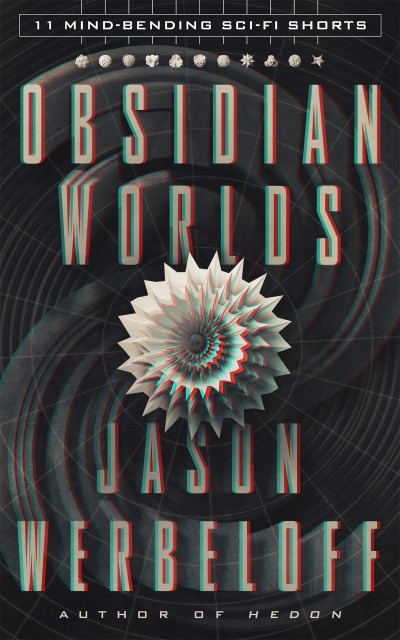 11 mind-bending sci-fi shorts.
1 must-read anthology.
Your brain will never be the same again.

In ‘Your Averaged Joe’, a man’s headache is large enough to hold the multiverse. ‘Q46F’ is an obsessive-compulsive android who finds love in a zombie-embroiled apocalypse. ‘The Cryo Killer’ guarantees that your death will be painless, or your money back when you’re thawed. Plug into OBSIDIAN WORLDS for these and other mind-bending sci-fi shorts.
Until She Wakes
Filamena Young
During the Last War, conflict often came down to mobile suit combat. Mobile suits, giant war machine...
Read More

Until She Wakes Filamena Young 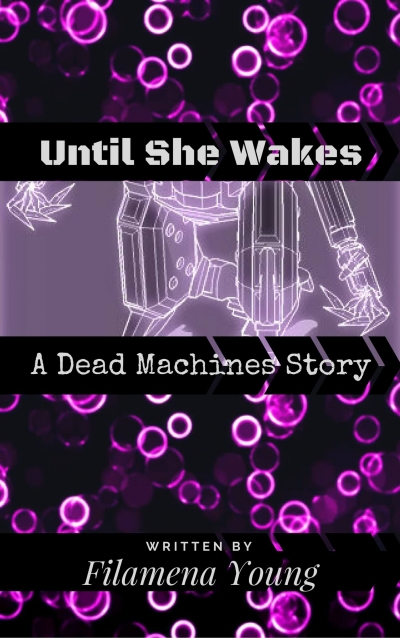 During the Last War, conflict often came down to mobile suit combat. Mobile suits, giant war machines and their pilots decided who won and who lost.
Before the events of Dead Machines, Io Suta was a hot-shot mobile suit pilot without a suit--she'd destroyed her last one saving a colony.
While unofficially grounded for losing her giant war machine, Io stumbles across a secret experimental vanguard suit with a dark history. No one can tame it, and no one knows why it kills its pilots. Can Io figure it out before the mech claims another life? Can Io save the strange and beautiful machine from total deconstruction at the hands of engineers who don't understand it?
No one can be sure Until She Wakes.
Downfail: A Dystopian Robot Rebellion Adventu...
George Donnelly
No jobs. Robots took them. Citizens subsist on a basic income guarantee. They consume their lives in...
Read More 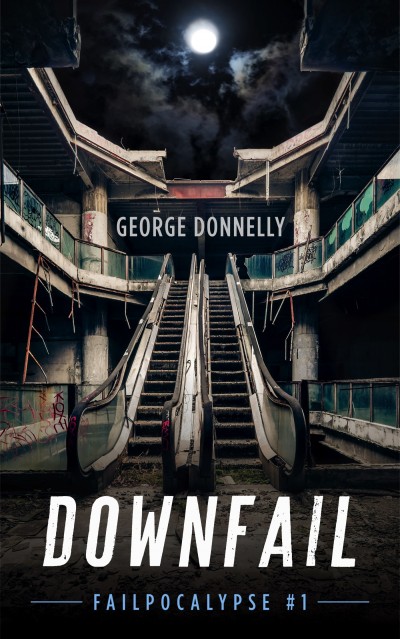 No jobs. Robots took them. Citizens subsist on a basic income guarantee. They consume their lives in drug-fueled virtual reality gaming binges.

Ian Blake doesn't play games and he won't accept handouts. He needs to be productive and useful - but his creepy boss just fired the baby-saving hero and father of three.

Ian yearns to build his own robots now. But with a job offer in hand under his old boss in a government agency, he fights his family's callous material greed and his own self-doubt to build the future he thinks we all need.
Zero Hour: Omnibus Edition
Eamon Ambrose
The world as we know it is gone. Those who remain fight for survival against killer drones and deadl...
Read More 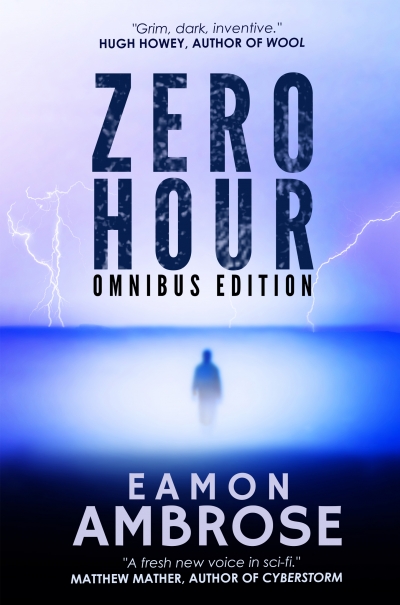 The world as we know it is gone. Those who remain fight for survival against killer drones and deadly autonomous robots, as well as an unforgiving climate. With nothing left to lose, one survivor embarks on a search for the truth, and finds more than they bargained for, triggering a deadly race against time. Nothing is as it seems in this breakthrough post-apocalyptic sci-fi thriller for fans of Hugh Howey's Wool, Maze Runner and Ready Player One. Expanded from an original short story to a bestselling serial, Zero Hour is now collected in a single volume.
Shi: A Dark Adventure into Living Forever
C.F. Villion
One terrible mistake propels Eliza into the service of a secret organisation known as The Manufactur...
Giveway Expired
A Star Curiously Singing
Kerry Nietz
Sandfly is a debugger. He is property, bought and paid for in an Earth under sharia law. All faiths...
Read More 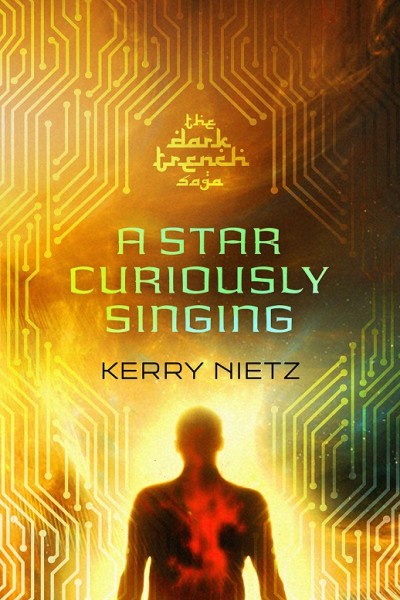 Sandfly is a debugger. He is property, bought and paid for in an Earth under sharia law. All faiths but one have been banned. And the rule of the Imam is supreme.

As a debugger, Sandfly has an implant in his head that connects him to the world’s technology—and doles out mental shocks to keep him obedient. All he wants is to fix bots and avoid shocks

Now he's been called into Earth orbit. The masters have a new spacecraft—one capable of interstellar flight. On its maiden voyage, the only robot on board went mad and tore itself apart.

As Sandfly pieces together the clues, a trap spreads beneath his feet. If he solves the mystery, he may doom himself. And if he fixes the robot, he may shatter his world.
Nanodaemons
George Saoulidis
They’re Just Trying To Steer You Right. And Play Your Favourite Mp3s

When an ordi...
Read More 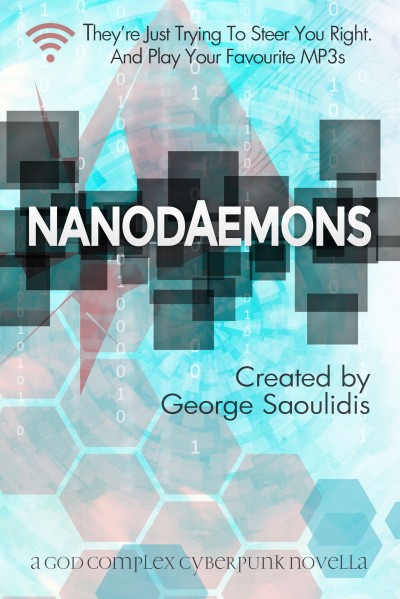 They’re Just Trying To Steer You Right. And Play Your Favourite Mp3s

When an ordinary guy’s implanted devices are reset after a construction accident that costs him his arm, the daemons in charge of his electronics are just trying to do their job as usual. But will they manage to keep their user happy and alive, when every bit of info they uncover becomes another part of a mystery, when it becomes clear that someone is framing him for murder and when a corporation is sending an unusual assassin after him?

Inspired by Aristophanes Clouds (Nefeles) and a little bit of “Inside Out,” this fast-paced action-thriller delivers computer jokes along with an interesting tale of redemption.

Laxmi Hariharan
Always love George's stories. He weaves mythology into his stories in such a clever subtle way. Must read! 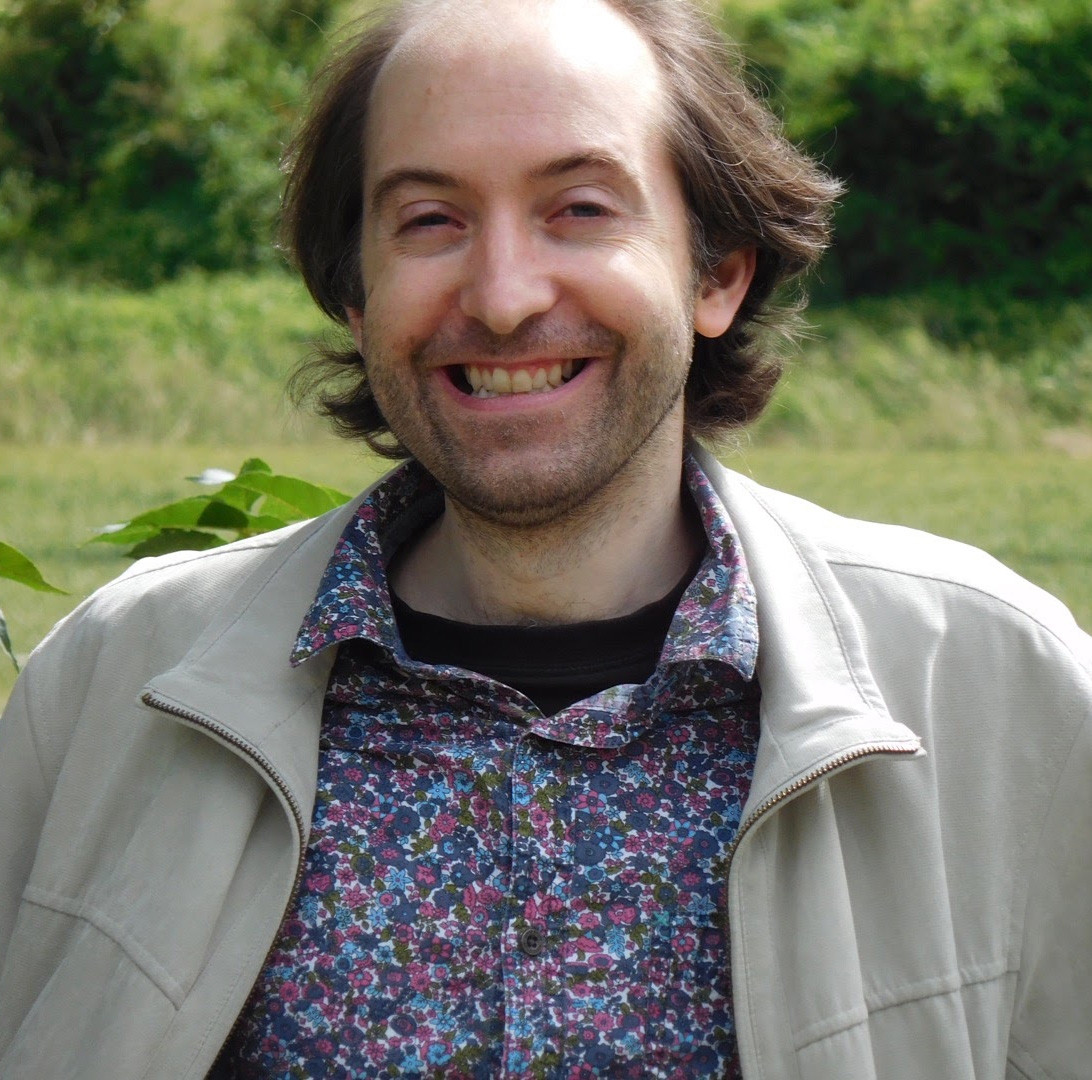 David Hailwood
That neon title really steals the show! Very eye catching, and I love the concept of reinterpreting fairy tales in a cyberpunk setting. 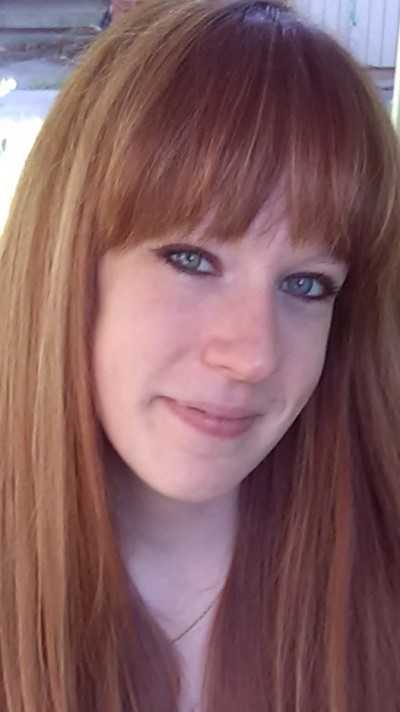 Rebecca Reddell
This story looks intriguing, and I've never read a book centered around a fox before! I'm excited to learn more, and I like your cover as well! :)

Aaron Frale
Love the title and the premise! Can't wait to read it!
Ure infectus
Caleb Wachter
In the far future, humanity has settled the galaxy by using a network of wormholes which allow insta...
Giveway Expired
Edward Maret Preview
Robert I. Katz
If you love tortured heroes facing impossible situations...but who know how to rise to a challenge a...
Read More 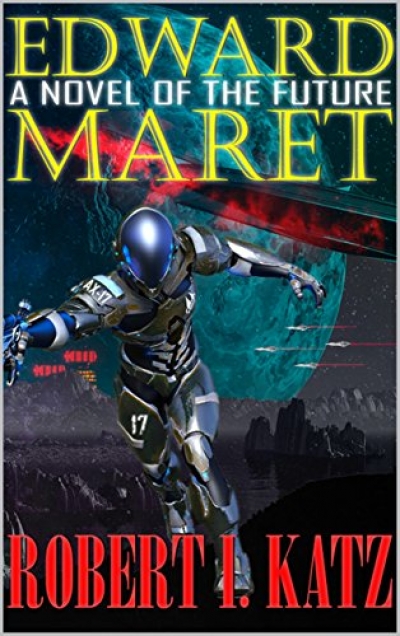 If you love tortured heroes facing impossible situations...but who know how to rise to a challenge and who never give up, then you will love Edward Maret!

Edward Maret is young, rich and engaged to be married, but Edward Maret has enemies. His cousin Philip wants his money. Vincent FitzMichael wants his fiancee and Jason Deseret, a man with a dangerous secret, fears that Edward Maret can destroy him.

Six years later, the cyborg corps is humanity's first line of defense against the alien Kliya, and cyborg AX-17 is one of the best: swift, skilled and deadly. His memories stolen from him, his face and body mutilated beyond recognition, cyborg A-17 has no choice but to obey the orders of his human masters, until AX-17 is unexpectedly set free, and Edward Maret returns, to seek revenge.

Jay DeMaarten
It's amazing what humans can do when they are pushed to the max!

Jwyan C. Johnson
Intriguing from it's very double-meaning title. The animating style of both distance and scenery is wonderful. Excellent! 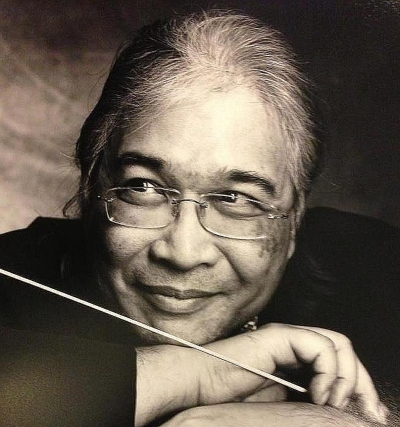