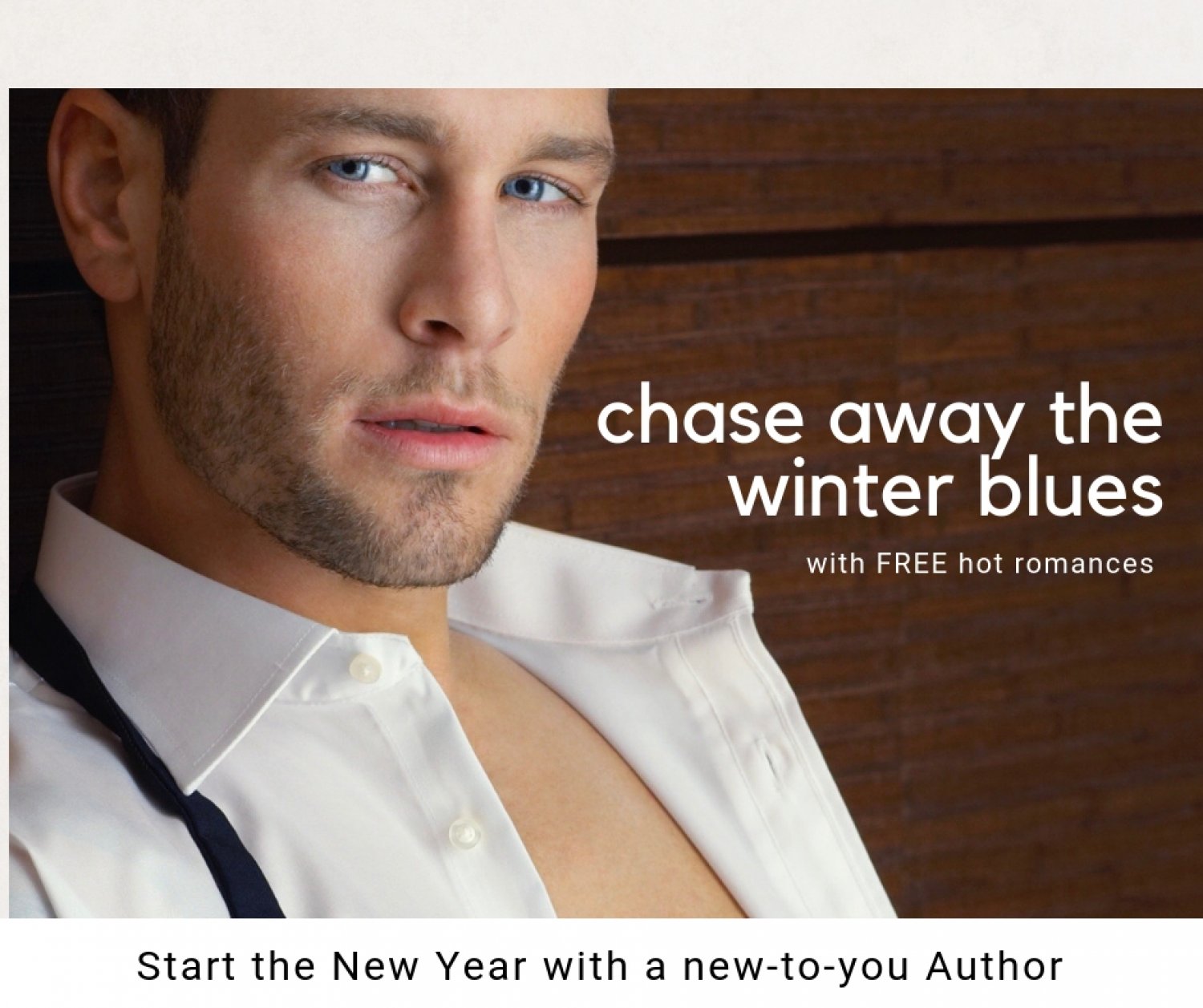 Start the New Year with a new to you author!

How to Howl at the Moon Eli Easton 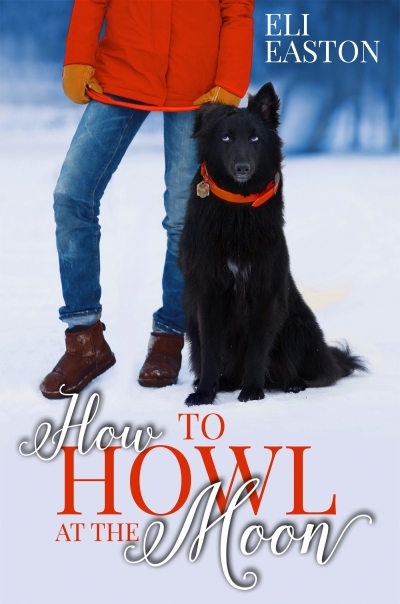 Sheriff Lance Beaufort is not going to let trouble into his town, no sir. Tucked away in the California mountains, Mad Creek has secrets to keep, like the fact that half the town consists of dogs who have gained the ability to become human. Descended on both sides from Border Collies, Lance is as alert a guardian as they come.

Tim Weston is looking for a safe haven. A client offers him use of her cabin in Mad Creek, and Tim sees a chance for a new start. But the shy gardener has a way of fumbling and sounding like a liar around strangers, particularly gorgeous alpha men like Sheriff Beaufort.

Lance’s hackles are definitely raised by the lanky young stranger. But when he pretends to be a pet to gain access to Tim's house and snoop around, he gets more than he bargained for.
Knit Quick
Annabeth Albert 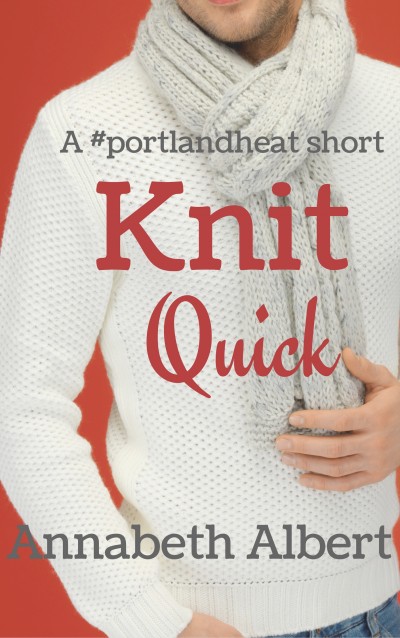 A 10,000 word short m/m LGBTQ ficlet set in the #PortlandHeat universe featuring Ev and Brady from KNIT TIGHT. This story is best enjoyed as a continuation of their HEA, not a stand-alone, and is a thank you for all the Portland Heat fans who asked for a little more. With Valentine's Day fast approaching, will Brady and Ev find the perfect way to celebrate?
Farm Fresh - Naked Organics Book 1
Posy Roberts
Scorched Haven
Amy Lane 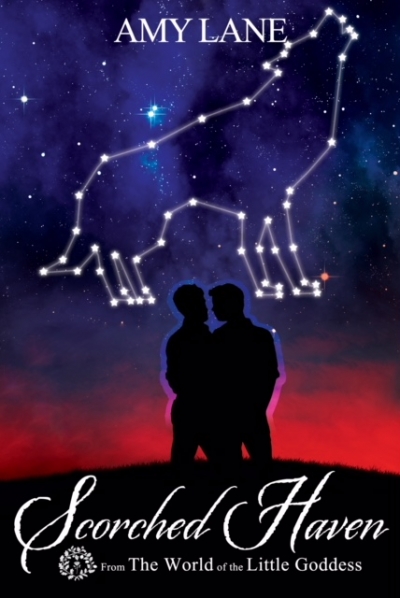 Zeb Crandall spent his entire life being the Third Spear Carrier to the Left--he wasn't that interesting, wasn't that memorable, and just plain wasn't that much to think about--even after his conversion to werewolf.

But he enjoyed being of service to his leaders at Green's Hill, and when a chance came to investigate the tainted werewolves coming up from Southern California and staging attacks on his home, he volunteers to check it out. Less than twenty-four hours later, he's on the run, trying to fight his way back up the state with a new friend in hand.

Colton may have grown up in a tiny town, but he's seen enough to know that Zeb is one of the good guys. As Zeb hauls them through the state, one danger at a time, Colton realizes his luck in being rescued by one of the best men he's 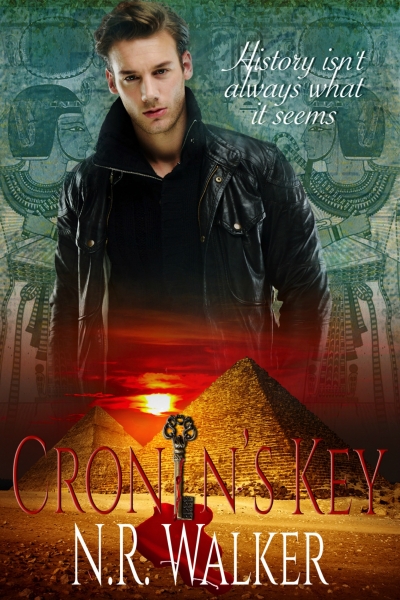 NYPD Detective Alec MacAidan has always been good with weird but when an injured man gives him cryptic clues, then turns to dust in front of him, Alec's view on weird is changed forever. Cronin, a vampire Elder, has spent the last thousand years waiting for Alec, and together they learn that history isn't always what it seems.
The Altered
Annabelle Jacobs
Goaltender's Penalty
V.L. Locey 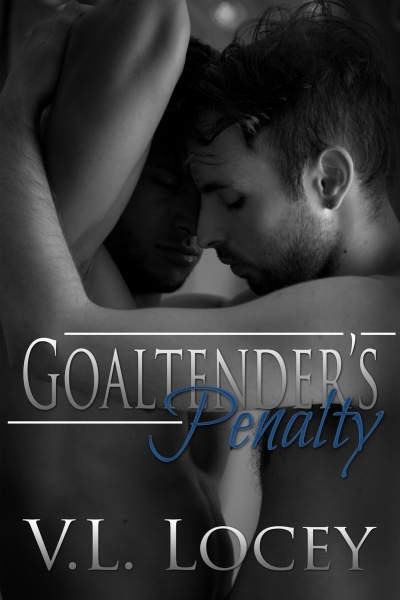 It was supposed to be a fun-filled night at the arena, cheering on the Harrison Hawks, ogling the blond Acadian god/goalie in the crease, and maybe, if he was really lucky, catching an airborne puck with his hands and not his face.

Unfortunately for Daryl Hamilton, his first minor league ice hockey game ends with him catching something with his face, but it's not a puck. It's the fist of his dream goalie, Ryan Amirault. But while his nose may not be thankful for the badly timed autograph request, Daryl can't say that the rest of him isn't pleased with how things are turning out...
Colorado Hitch
Sara York 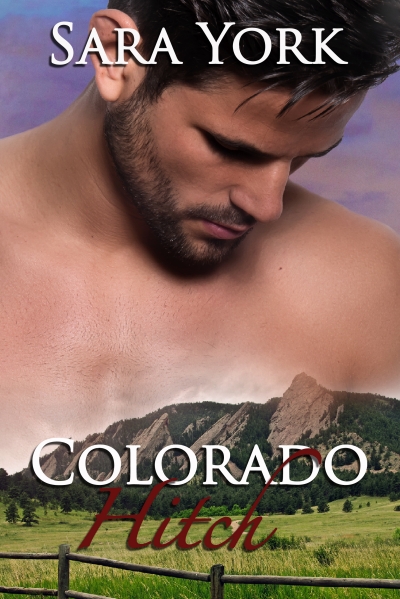 At Wild Bluff everything is going great for Davis and Ryan, but Duff’s heart attack throws the ranch into a tailspin, leaving Davis wondering if he can stay at Wild Bluff. Everything calms down for a while, but another hitch is thrown into the works, forcing the guys to scramble.

Marshal is finally coming into his own after healing from the injuries Craig inflicted on him. He’s taken on more responsibility running the operations, but when disaster strikes, he blames himself for not being in the field.

Tensions run high when it looks like one of their own is lost. Will they come together or be split apart? One life hangs in the balance as the future of Wild Bluff is put to the test.
Lucky
Garrett Leigh 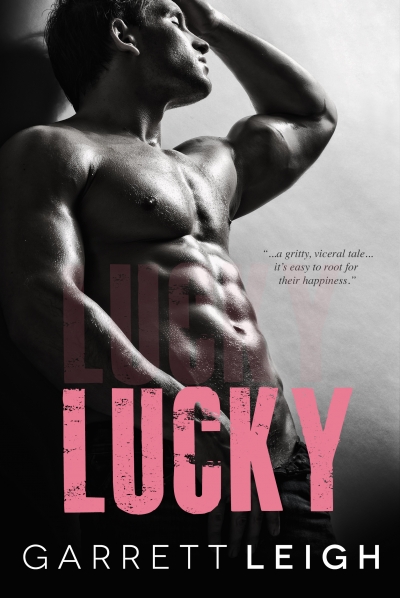 Dominic Ramos is a Premiership football player with a secret. There are no trophies for being gay in his game. Locked into his rep as the meanest defender on the pitch, keeping his secret is soul-crushing, but love has no place in his sport, even if his soft heart craves it.

Lucky Coleman is on his knees when he meets a man with more money than sense. It’s a Grindr hook-up for cash, not a love match, but dreaming of his desperate, kind eyes earns a place amongst his numerous bad habits.

Meeting once was risky, twice pushes Dom’s courage to the limit, but if he can set his heart free, getting Lucky long term might be a risk worth taking.
Play On: A Glasgow Lads Novella
Avery Cockburn 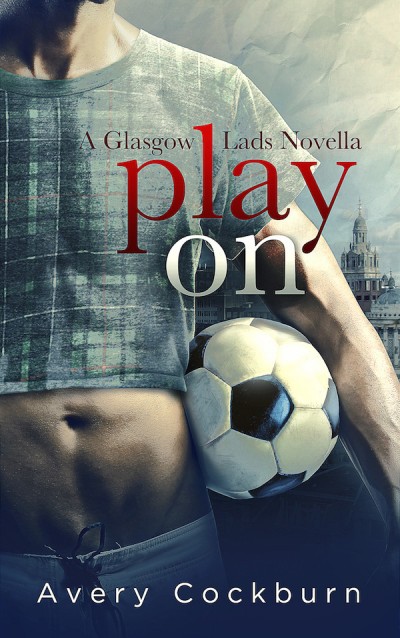 A tale of pride over prejudice kicks off this gay-romance series set in Scotland. Duncan Harris is on the edge after scandal shreds his LGBT soccer team’s season. The one person who can make Duncan feel like himself again—friend and flatmate Brodie Campbell—is still haunted by memories of school bullies. As the two lads grow closer, Brodie can’t forget how athletes like Duncan once tortured him. To defeat the bullies who’ve wrecked his life, his mind, and his ability to love, Brodie must find the strength to fight his own battles. And Duncan must find the strength to let him.
NOTE: This is a long novella (40K words), not a full-length novel.

Clare London
This series is a delight to read with realistic, witty, and sexy guys. I've loved every one!
Quentin Heart: Vampire Huner
Amber Kell 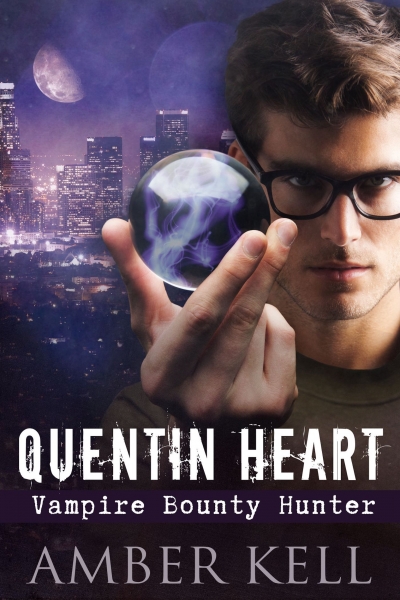 Quentin Heart is a magical genius with more troubles than three people his age. His mother is dying of cancer, a vampire master wants to own him and he has bone wolves deciding to be his new puppy protection detail.

When his friend, Glenn, is murdered Quentin Heart has to discover who attacked him and what happened to his body. Unfortunately Jakinson, the new vampire master, has decided to protect Quentin from himself.

Annoyed with everyone trying to kill or control him, Quentin has to push back against vampires, psychotic fae and more magic than he’s ever had to handle before. It will take more than magic to get him out of this one. It might even take love.