Searching for your next adventure? Look no further! These authors have teamed up to offer an exciting selection of new Middle Grade and YA stories. Available for free for a limited time.

This Group Giveaway has expired
Down with the Dance
C.T. Walsh
Meet Austin Davenport, whose fabulous luck landed him on this earth only eleven short months after h...
Read More

Down with the Dance C.T. Walsh 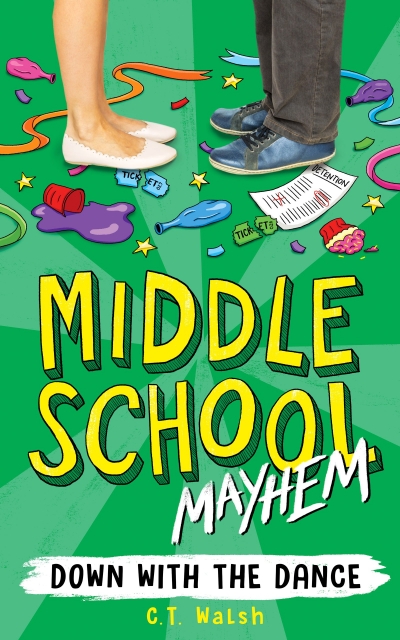 Meet Austin Davenport, whose fabulous luck landed him on this earth only eleven short months after his brother, Derek, putting them in the same grade. While Austin's brain power is unmatched, it appears as if his brother got all the athletic gifts and the family butt-chin, meaning their parents love Derek more than Austin, or so it seems.

Join Austin on his journey through the tumultuous waters of middle school as he navigates the swampy and undeodorized hallways and explores the depths of the cafeteria's seafood surprise.

Oh, and someone is plotting to take down the Halloween Dance, the one that Austin has his sights set on, so he can take Sophie Rodriguez, a girl way out of his league, but who doesn't seem to know it.
Invisible Me
Debbi Mack
SOLO MEDALIST WINNER IN THE YOUNG ADULT CATEGORY OF THE 2015 NEW APPLE BOOK AWARDS!
&#...
Read More 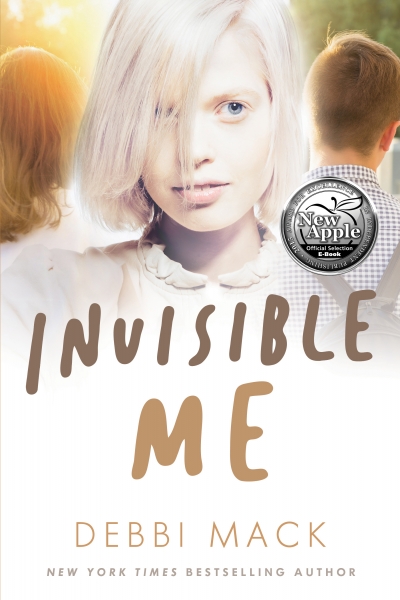 FINALIST IN THE 2016 IPNE BOOK AWARDS

Military brat and albino, 13-year old Portia Maddox, has bounced from school to school, always an outsider. So when Denise Laughton, the most popular girl in her class, asks for her help in exchange for an invite to Denise’s big birthday party, Portia jumps at the chance to go. But there’s a catch: Portia must spy on Randy, Denise’s boyfriend, to find out whether he’s cheating on her.

Portia’s spying unearths a tangled web of duplicity, hidden agendas and family secrets. When Portia’s budding friendship with social outcast Judy and her budding feelings for Randy interfere with her plans to endear herself to Denise, Portia must decide who her real friends are.
Unleash
Lauren Harris
Magic Gangs. Sorcerer Police. A girl on the run from both. 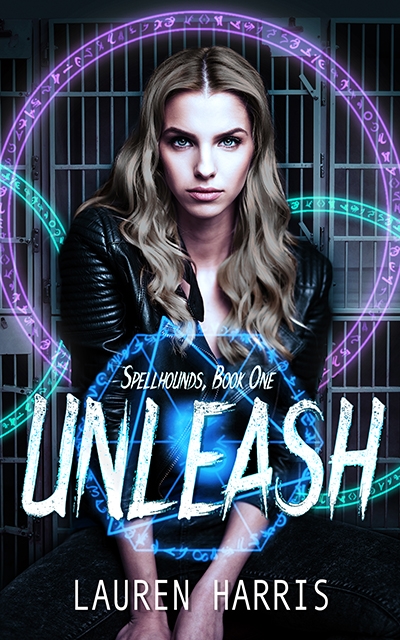 Magic Gangs. Sorcerer Police. A girl on the run from both.

Helena Martin doesn't know who she hates more, the sorcerers who fired the magic-laced bullet or the gang-lord master who used her mother as a shield. It's not the price she expected for escaping magical slavery, nor is the unstable power now pulsing in her veins.

Caught between her former master's hunters and the Guild Sorcerers determined to kill them, she finds a safe haven at a dog rescue willing to take in a different kind of stray. But Helena's newly-unleashed power is a beacon for her enemies. And they're threatening the first place she's ever thought of as home.
Code of Rainbow: Soaring Flame and the Dragon...
Weiqi Wang
This is the first book of a teen fantasy book series that nurtures the bloom of MAGIC in the soil of...
Read More 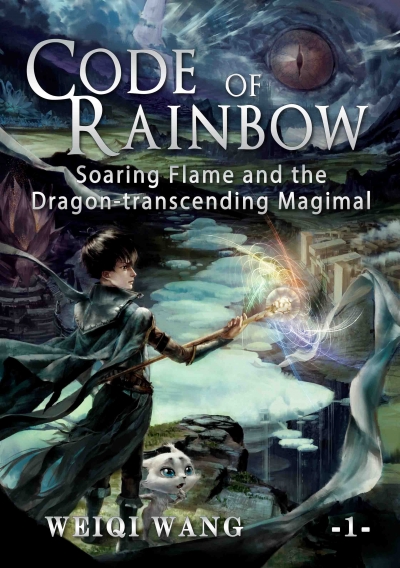 This is the first book of a teen fantasy book series that nurtures the bloom of MAGIC in the soil of SCIENCE - something rarely attempted. The transition from magic to science will be bit by bit, so the early books do read like a "mainstream" magic fantasy.

Soarame has a pair of special eyes. He can see magic elements in this world, which are supposed to be invisible. This enviable gift of his could reveal the truth of the world, but it also puts him in danger.

Many animals in this world possess magic power, so they are called “magimals” - dragons as examples. Soarame fortunately got a baby magimal as his best friend, but they got into troubles together - troubles that were a lot bigger than dragons.

Tina Silvens
I love the idea of a magimal! I want one too! 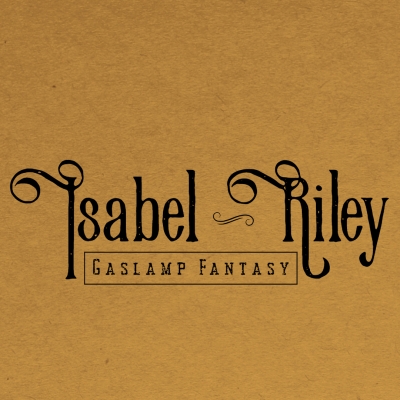 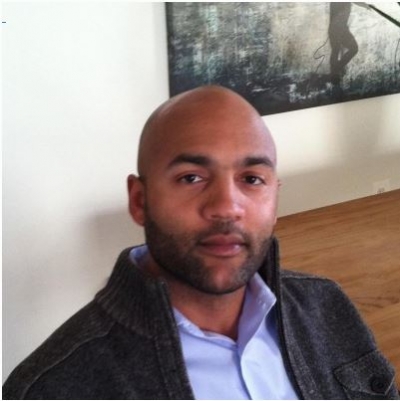 James Beamon
This book sells itself with two simple words. MAGIC ANIMALS
The Child Wound in Gold
Megan O'Russell
A little knock taps on the door,
A little girl hiding under the floor,
The safety of the dirt shal...
Read More 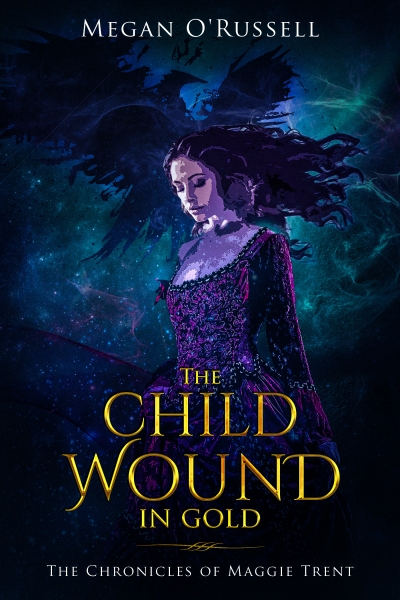 A little knock taps on the door,
A little girl hiding under the floor,
The safety of the dirt shall build her bed,
While the monster rammoc flies overhead.
For years, the rammocs have tormented the valley, stealing villagers from their homes, destroying crops and cattle so those left behind face the constant threat of starvation.
The only hope the villagers have is the magicians of the convocation. They alone have the power to stop the rammocs. But the magicians demand a price the villagers are unable to pay. Left with nothing but rubble and death, one young girl finds hope in the flames. 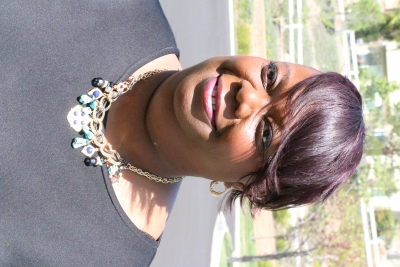 Shelley Young
The next Huge Howey! The world this author has created leaves you spellbound and wondering the fate of Nola, a teenage classmate in a world lived inside a glass. I love the description of details given, and the obvious set up for mind-blowing suspense. I can't wait to read more by this author.
Dragon Speaker - Book I of The Shadow War Sag...
Elana A. Mugdan
Keriya Nameless has no magical powers, which is considered a disability in her world of Allentria. D...
Read More

Dragon Speaker - Book I of The Shadow War Saga Elana A. Mugdan 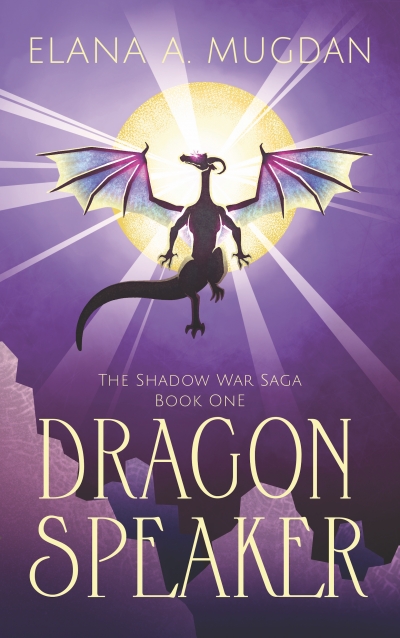 Keriya Nameless has no magical powers, which is considered a disability in her world of Allentria. Despite being crippled, she's recruited by the god, Shivnath, to save the last living dragon. Keriya leaps at the chance to prove her worth, though failure could mean the destruction of everything she holds dear. Dragon Speaker is the first installment of the Shadow War Saga series.
Orion's Kiss
Claire Luana
Merope is forced to watch as her sisters die lifetime after lifetime. In his anger at their ancient...
Read More 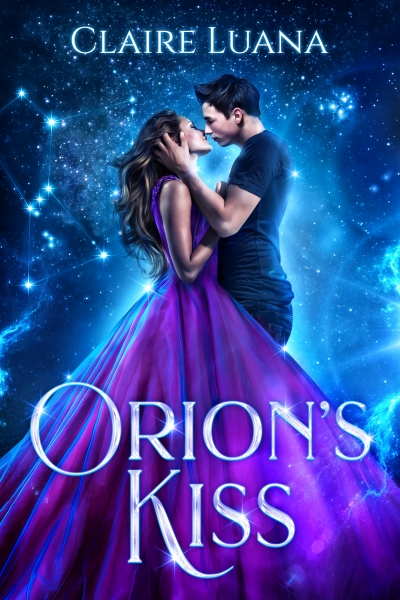 Merope is forced to watch as her sisters die lifetime after lifetime. In his anger at their ancient rebuke, Zeus cursed the seven Pleiades sisters—six to die, and Merope, the youngest, to give witness. Through many centuries and lives, Merope has tried everything to avert disaster, but she has always failed.

For his crimes against the gods, Orion is cursed to commit the unspeakable acts Merope tries so hard to prevent. Orion has little hope against the power of the gods—he is resigned that this cruel sentence will be his eternity.

Until an unexpected twist of fate shows them both that this lifetime could be different. And that together, they may harness a force powerful enough to break the chains of destiny that bind them once and for all.
Jack and Jill: Up A Hill
Vance Smith
Magic is real. Her parents never bothered to tell her.


After the death...
Read More

Jack and Jill: Up A Hill Vance Smith 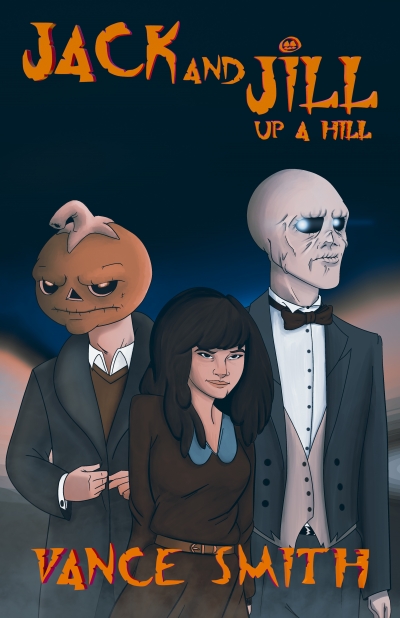 Magic is real. Her parents never bothered to tell her.


After the death of her beloved Aunt Gloria, Jill Wright will do anything to hang on to her last memento – a golden locket. If only it were that easy.
When a violent pickpocket becomes fixated on the trinket, it’s clear that there’s a larger plot at work.  But with her absentee parents more interested in work than family, it’s up to her to find help from an unexpected ally – even if that ally has a pumpkin for a head.
Together with Jack Lantern, Jill must rely on her burgeoning powers to track down the shadowy group targeting her. Because the locket is only the start. They want something else from her, too.
Something far more sinister.

Book 1 in the Jack and Jill Trilogy
Tillie and the Golden Phantom
Heather B. Moon
Absolutely BONKERS! That’s what Tillie Longbottom thought about time travel … until it happened to h...
Read More

Tillie and the Golden Phantom Heather B. Moon 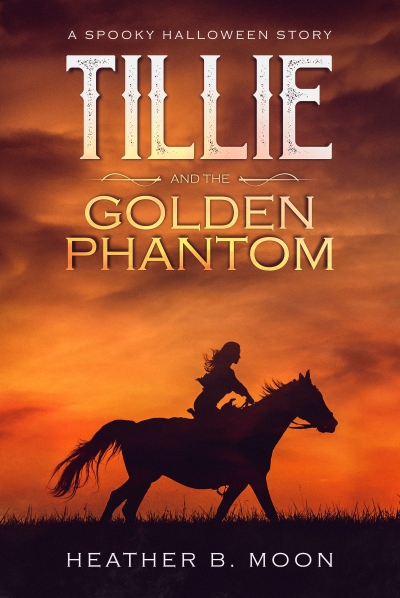 Absolutely BONKERS! That’s what Tillie Longbottom thought about time travel … until it happened to her.
Whoosh! Back to 1972! Totally bizarre!
Tillie is a normal twelve year old girl living in a normal council house near Oldham.
Tillie’s hugest wish is to ride a horse. Her parents can’t afford riding lessons.
Then one Saturday night something weird happens. The ghost of a beautiful, golden stallion falls from the sky. Golden Phantom whisks her away.
Children who love stories about horses and time travel will adore
The Gatekeeper (The Gatekeeper Trilogy Book 1...
Scott Ferrell
Gaige Porter is special. He just doesn’t know it yet.

When a strange girl shows u...
Read More 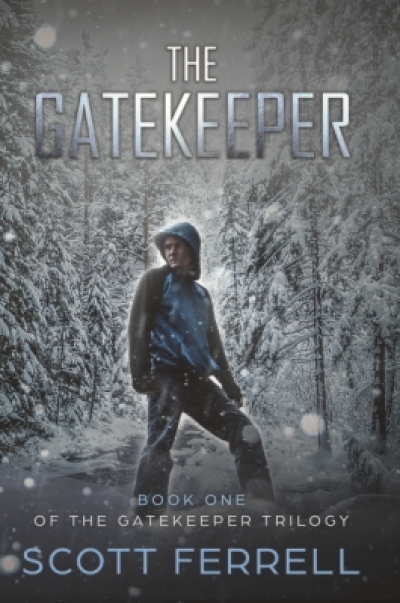 Gaige Porter is special. He just doesn’t know it yet.

When a strange girl shows up in his class after he dreamed of her, he doesn’t know what to make of it. He had never met her before. Things only get weirder from there.

He is lured into a gateway to another world much like Earth, but very different. Along with Seanna Bryant and Aoife Connelly, he must face danger, friendship, and betrayal while he tries to figure out where he belongs and what it means to be a hero.
They Come at Night
Nick Clausen
Four teenagers. A cottage by the beach. A scary secret kept by the locals.
And those who come at ni...
Read More

They Come at Night Nick Clausen 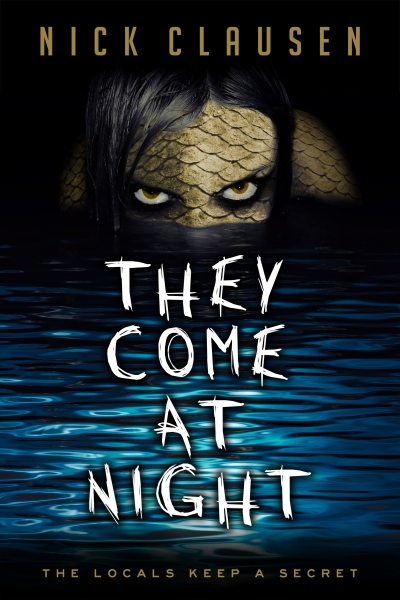 Four teenagers. A cottage by the beach. A scary secret kept by the locals.
And those who come at night ...

A classic teen horror story in a gothic setting told in a modern voice, They Come at Night was originally published in Danish to great reviews, and is now available in English.

They Come at Night has everything for fans of horror, mystery, thrills and suspense. It's direct, funny and scary. For fans of The Fog, The Mist, Dead Sea and Lovecraftian tales. Try it instead of watching a cheesy B-movie!
Mirror of Dreams
Meg Hendry
Clover has one friend, and now she’s pulling away and Clover doesn’t know why. When the two are left...
Read More 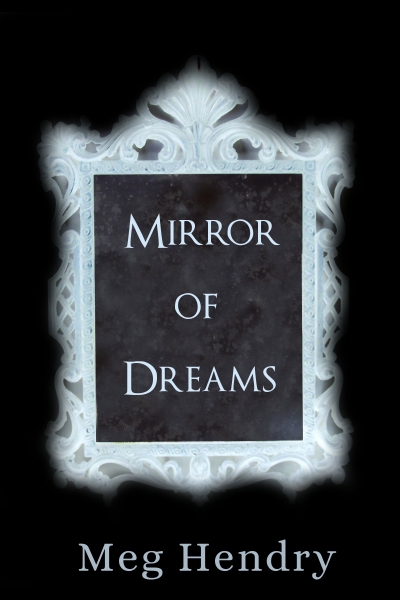 Clover has one friend, and now she’s pulling away and Clover doesn’t know why. When the two are left behind while their parents go to a Halloween party, Clover hopes things between her and Nessa will go back to normal. The night turns out to be anything but normal.
Littlethumb Sneezed
Truant Memphis
What would happen if everything in the world froze but you? 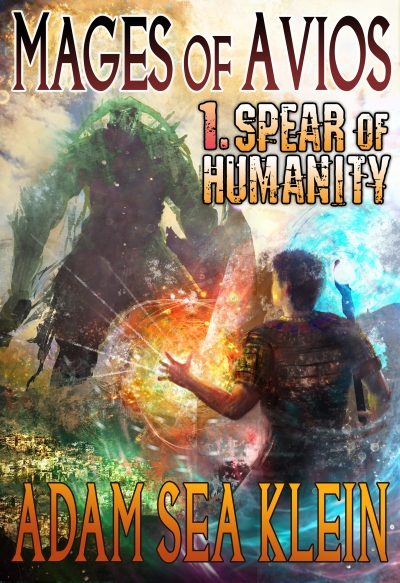 Discover the ultimate power as supreme mages rise to face brutal encounters in a massive, incredible world. When the new phase of energy dawns, the deep fate of Avios pulls a young man into a voyage of unspeakable challenge. Elias must find the greatest teacher imaginable and plow through an apprenticeship that has no parallel. He demands to understand the magic riveting through the historic tomes of Avios. As the army of the First Wave threatens to pour from the northern wastelands, Elias must reach into the void and attempt to find a superior power.

::::::::: Mages of Avios Series:::::::::::
Book #1 is FREE primer filled with action and lore.
Book #2 is a 50,000 word novel - it's already finished and ready to publish!
Let's rally for Avios and let the series roll!!!
Episode 1: Never Been Kissed
Tamara Hart Heiner
How many kisses does it take to stay at the top of the popularity food chain?

However many it is,...
Read More 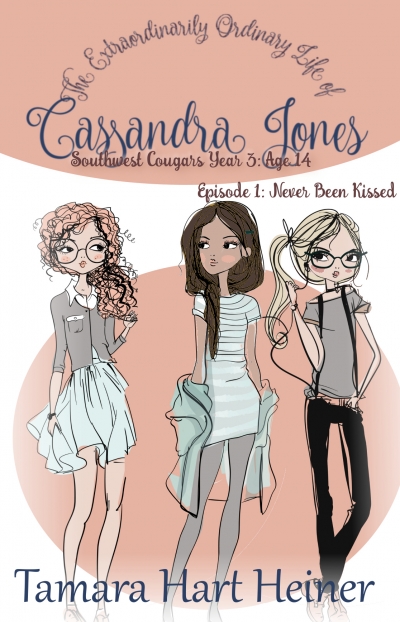 How many kisses does it take to stay at the top of the popularity food chain?

However many it is, Cassie's determined to keep her place. Even if it involves some crossed fingers and little white lies.

Join Cassie for the most unforgettable year yet!