Saddle up with some new books that'll take you as far west as you can go. You'll find the frontiers of Western fiction here, from traditional gunslinger action and ranch romance to space cowboys and the weird west.

This Group Giveaway has expired
Sins of Smoke
Daniel Willcocks 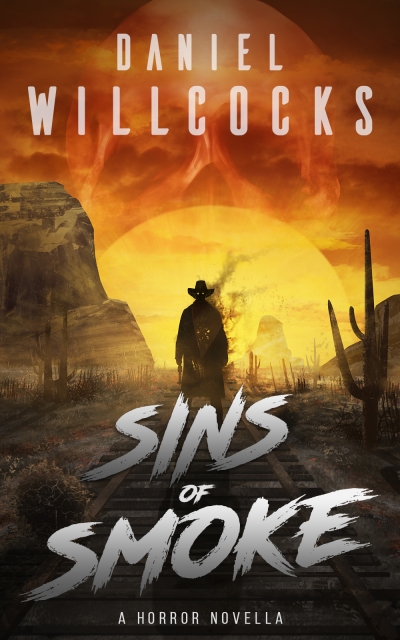 Get your hands on the novella that topped the Amazon Kindle short horror story charts in 2015.

When Cooper’s brother discovers he’s won a second chance with the girl that recently broke his heart, Cooper decides to tag along to the Coyote Inn. Knowing that his gang will likely be up to their old tricks they chase the setting sun with a smile on their faces.

However, the night takes a turn when a darkness that has stalked the town for ages past finds a new vessel. A horror hidden in the depths of children’s ghost stories.

At what point in our lives do we forget to believe in monsters?
Death's Confessor
Phillip Bryant 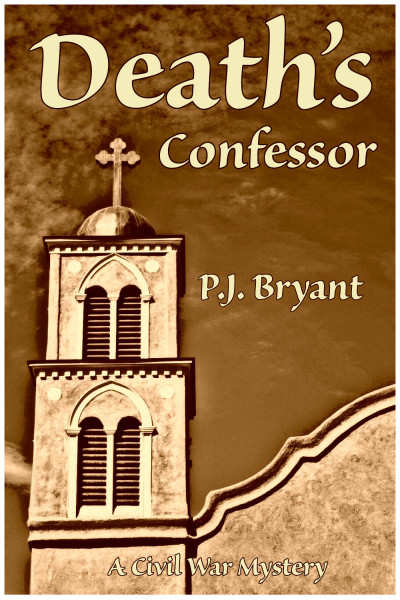 Peter Thomas Smith's days on the post of Fort Craig, New Mexico territory, are spent fighting boredom, keeping cool, and giving the spiritual state of the 5th California Mounted Infantry volunteers a ready ear. As chaplain, he isn't asked to do much in the way of fighting Apaches and there have been no wounded in battle to tend to from fighting Confederates.
Rustkiller
Dean F. Wilson 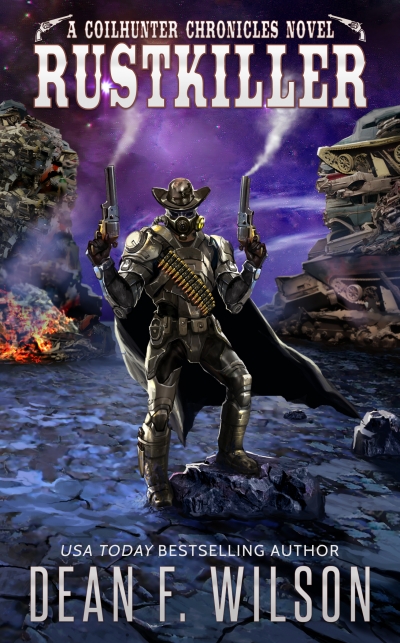 The Wild North is full of nasty places, but there are some places you just don’t go. One of them is that scrapyard desert known as Rust Valley. It’s where vehicles go to die. That’s why you don’t go in after them.

The bounty hunter Nox made a promise to himself that he’d never be caught dead there. Yet, when a couple of kids end up wandering inside that metal maze, he finds himself with no other choice.

He decks himself out in his finest armour. He’ll need it. That land is where the rust-covered Clockwork Commune live, and if they don’t scavenge the metal off you, they’ll scavenge the flesh instead.

Nox is used to being called the Coilhunter, but this time he’s saddling up with a new, more fitting title: the Rustkiller. 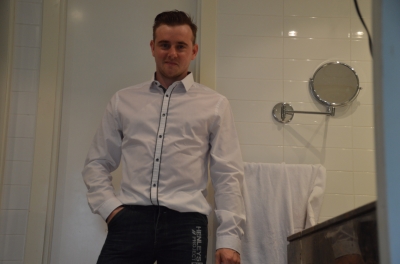 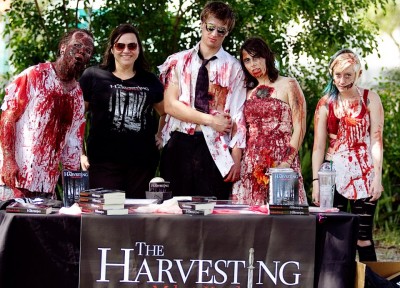 Sam Sea
Wilson created a world that you can so easily submerge yourself in and stay there from one page to another. It's a great start for an exciting series...
Dustrunner
Dean F. Wilson 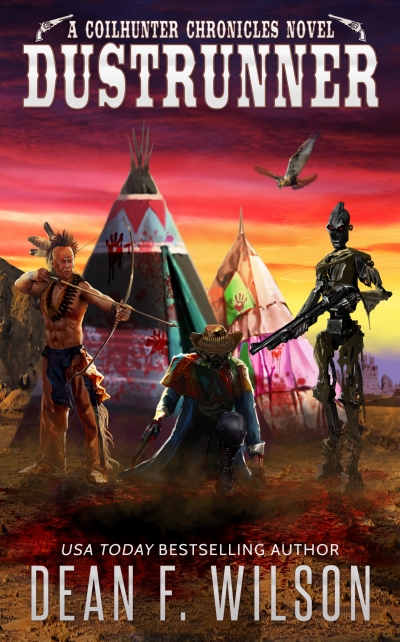 Nox is a wanted man.

While searching for a criminal, the fabled Coilhunter wanders into a tribal village massacre. He didn’t do it, but that doesn’t matter. The clues point to him, and he’s made a lot of enemies over the years. Many would happily see the tables turned.

His pleas of innocence fall on deaf ears. No sooner does he try to find the real killers than posters go up across the Wild North—posters with his face and his name. He isn’t the only bounty hunter out there. Dozens assemble to cash him in.

Tasked with finding out who’s framed him, Nox must also survive the constant onslaught of frontier law. He’s used to hunting others. He’s not so used to life on the run.

This is a standalone book in the Coilhunter Chronicles series, which can be read in any order.

Sam Sea
Wilson created a world that you can so easily submerge yourself in and stay there from one page to another. It's a great start for an exciting series...
Tombstone Ghost Cowboy
Ruthie L Manier 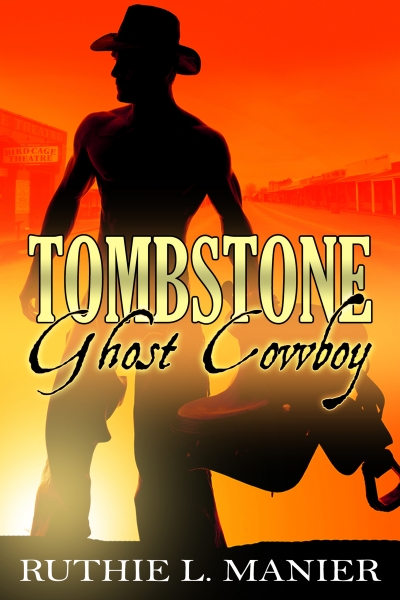 Skylar Cummings never dreamed time travel was possible until she finds herself in a room with a gorgeous but calloused cowboy from the Wild Wild West. Researching paranormal activity in Tombstone, Arizona, Sky assumed she was witnessing a ghost, but she'd stumbled through a portal to the past.

Jesse Clarke is a nineteenth century cowboy who's renounced love after a devastating heartbreak. Women only desire his money, so he's better-off without them... until a mysterious woman materializes in his room.

After a string of disastrous events, Skylar creates dangerous enemies and discovers herself detained. Jesse is summoned to escort her out of town before a lynch mob develops, but an unquestionable chemistry is growing between them.
The English Lieutenant's Lady (Oregon Territo...
Evelyn M. Hill 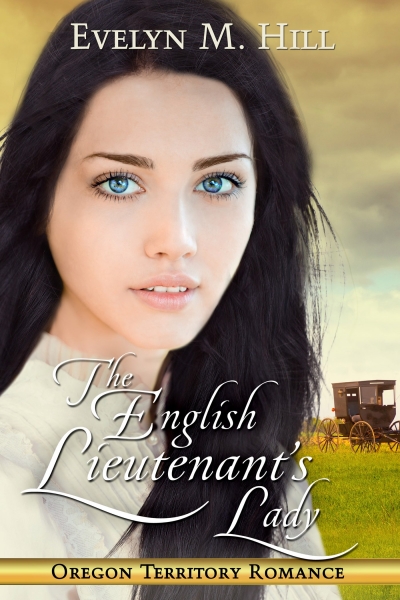 “I’m not your enemy.” He held her gaze, willing her to believe that lie.

It’s 1845. Britain and America both claim the Oregon Territory, and neither side is willing to back down. As the two nations prepare for war, the British government sends Lieutenant Geoffrey Montgomery to Oregon City on a confidential mission. Doing his duty means lying to everyone—including the woman who catches his attention the moment they meet.
Lia Griggs needs to find a home for herself and her nephew. She has the chance to carve a niche for herself in Oregon City—so long as she is prepared to hide her past from everyone, even the Englishman who quickly becomes her friend and ally... and more.
As the threat of war grows stronger, choosing to stay together could cost them everything they have.
The Slaughterers
Robert Jeschonek 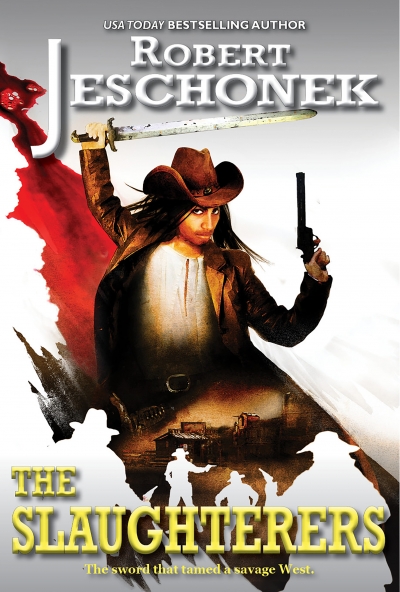 A gang of vicious scalpers roams the Arizona territory in the Old West, slaughtering town after town. Only one man stands in their way: a sword-wielding Arabian knight named Badr al-Medina. To stop the scalpers’ killing spree, Badr makes a stand at the next town in their path, Oasis…only to find the place hip-deep in corruption that could turn his fight into a suicide mission. But surprising new allies give Badr fresh hope, as he unleashes the power of his Damascus steel sword, his six-shooter revolvers, and his fiery faith in an all-out war in the blood-soaked streets of Oasis.
The Rifters
M. Pax 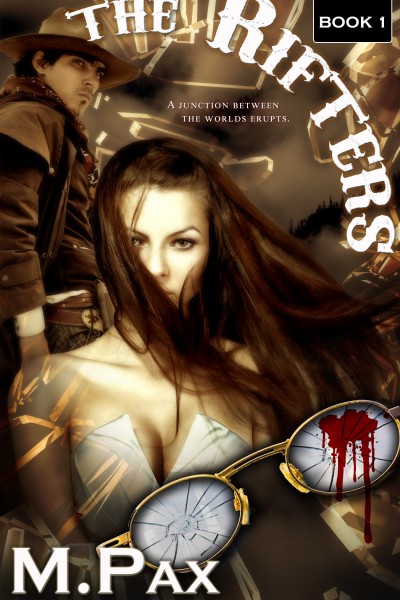 Starting over is hard to do. In current day New York, Daelin Long’s dream job at a publishing house goes the way of the dinosaurs her sister chases. With no money and nowhere else to go, Daelin accepts the librarian position in her sister’s dinky town in the middle of Oregon. Nestled inside ancient volcanic peaks, the town of Settler holds onto many secrets. Residents roam the streets with weirdly fashioned devices, and odd lights pulse in the night skies. People whisper of a phantom outlaw and start dying, murdered and missing their heads. On top of it all, Daelin’s sister is missing, and Daelin doesn’t know who to trust.
Treasure Darkly
Jordan Elizabeth 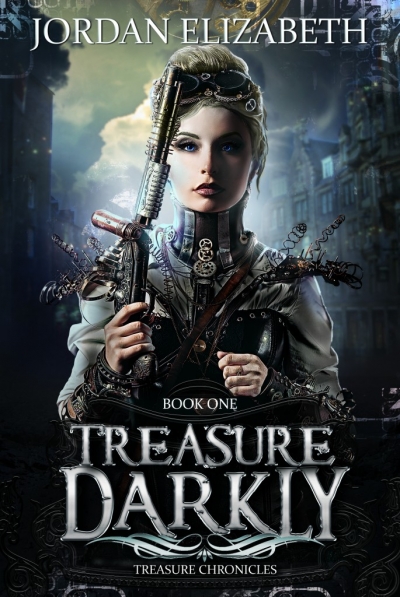 Seventeen-year-old Clark Treasure assumes the drink he stole off the captain is absinthe… until the chemicals in the liquid give him the ability to awaken the dead.

A great invention for creating perfect soldiers, yes, but Clark wants to live as a miner, not a slave to the army—or the deceased. On the run, Clark turns to his estranged, mining tycoon father for help. The Treasures welcome Clark with open arms, so he jumps at the chance to help them protect their ranch against Senator Horan, a man who hates anyone more powerful than he.

Lilliana Lord
What a great book for teens. It's full off action and intriguing too. It's a must read for people of all ages, not just teens. 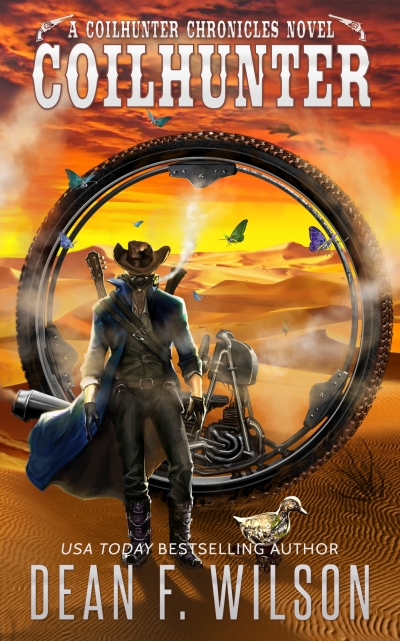 Welcome to the Wild North, a desolate wasteland where criminals go to hide—if they can outlast the drought and the dangers of the desert. Or the dangers of something else.

Meet Nox, the Coilhunter. A mechanic and toymaker by trade, a bounty hunter by circumstance. He isn't in it for the money. He's in it for justice, and there's a lot of justice that needs to be paid.

Between each kill, he's looking for someone who has kept out of his crosshairs for quite a while—the person who murdered his wife and children. The trail has long gone cold, but there are changes happening, the kind of changes that uncover footprints and spent bullet casings.

Plagued by nightmares, he's made himself into a living one, the kind the criminals and conmen fear.

So, welcome, fair folk, to the Wild North.

Sam Sea
Wilson created a world that you can so easily submerge yourself in and stay there from one page to another. It's a great start for an exciting series...
American Alchemy: Gold
Oliver Altair 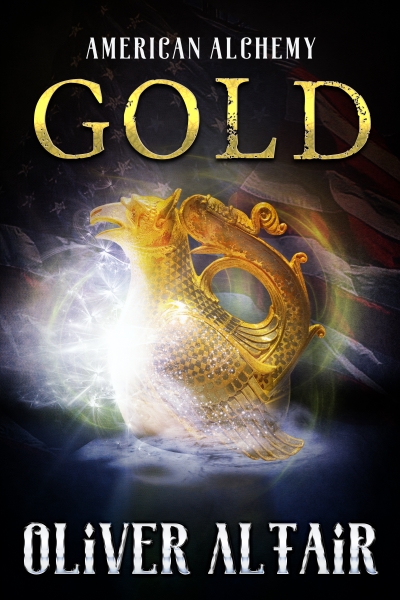 Is your soul worth its weight in gold?

California, 1849. Barton Saunders and his best friend Lewis arrive in Sacramento drunk with dreams of fortune. When a mysterious gold panner leads them to his secret creek, their dream of richness becomes closer than ever. But those murky waters carry not only gold but madness, heartache, and disease.

The call of the Gold Rush is strong. No hostile land or deadly sacrifice will stop Barton from becoming the man he always wanted to be. Not even the ancient darkness lurking in the shadows of the West.

Will Barton escape the goldfields before his heart drowns forever in them? Gothic horror meets the Old West in a tale of obsession, magic, and revenge!
Long Horn, Big Shaggy: A Tale of Wild West Te...
Steve Vernon 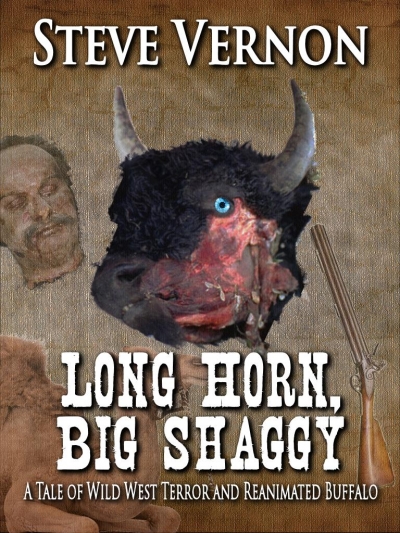 There are things out there that you ain't dreamed of!

And that's just for starters.

This is a bone-chilling romp through a Buffalo Bill fun house. A wild west horror novella that starts at a gallop and gathers momentum faster than a herd of stampeding avalanches.

I guarantee you will NEVER look at a severed head the same way again.

"I knew that Steve Vernon was a good writer when I found myself cheering for a decapitated head." - Adrienne Jones
Beneath the Canyons
Kyra Halland