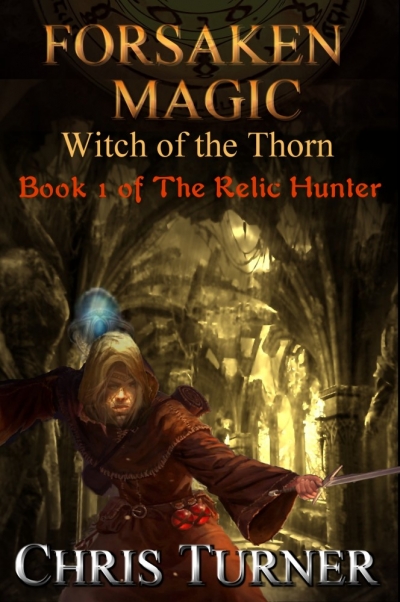 Forsaken Magic : Witch of the Thorn

In a world of bandits, rogues, and wizards, a relic hunter struggles to make ends meet.

Foraging in an ancient tomb, he discovers a fabulous gem. Both a blessing and a curse. Ignoring the mysterious taint around the jewel, he keeps it close to his person...to comical, disastrous effect. An unforeseen scandal sends him far from his homeland, raising clubs against the baron’s men, spell-casters, thieves and opportunists. Are the few allies he can muster enough to counter the taint that is now upon him?

Enemies lurk in the shadows, seeking his rare talismans, and such schemers, including the Queen of Zanzuria herself, are willing to go to any extreme to get them!

An adventurous romp through exotic lands filled with eccentric characters and danger.